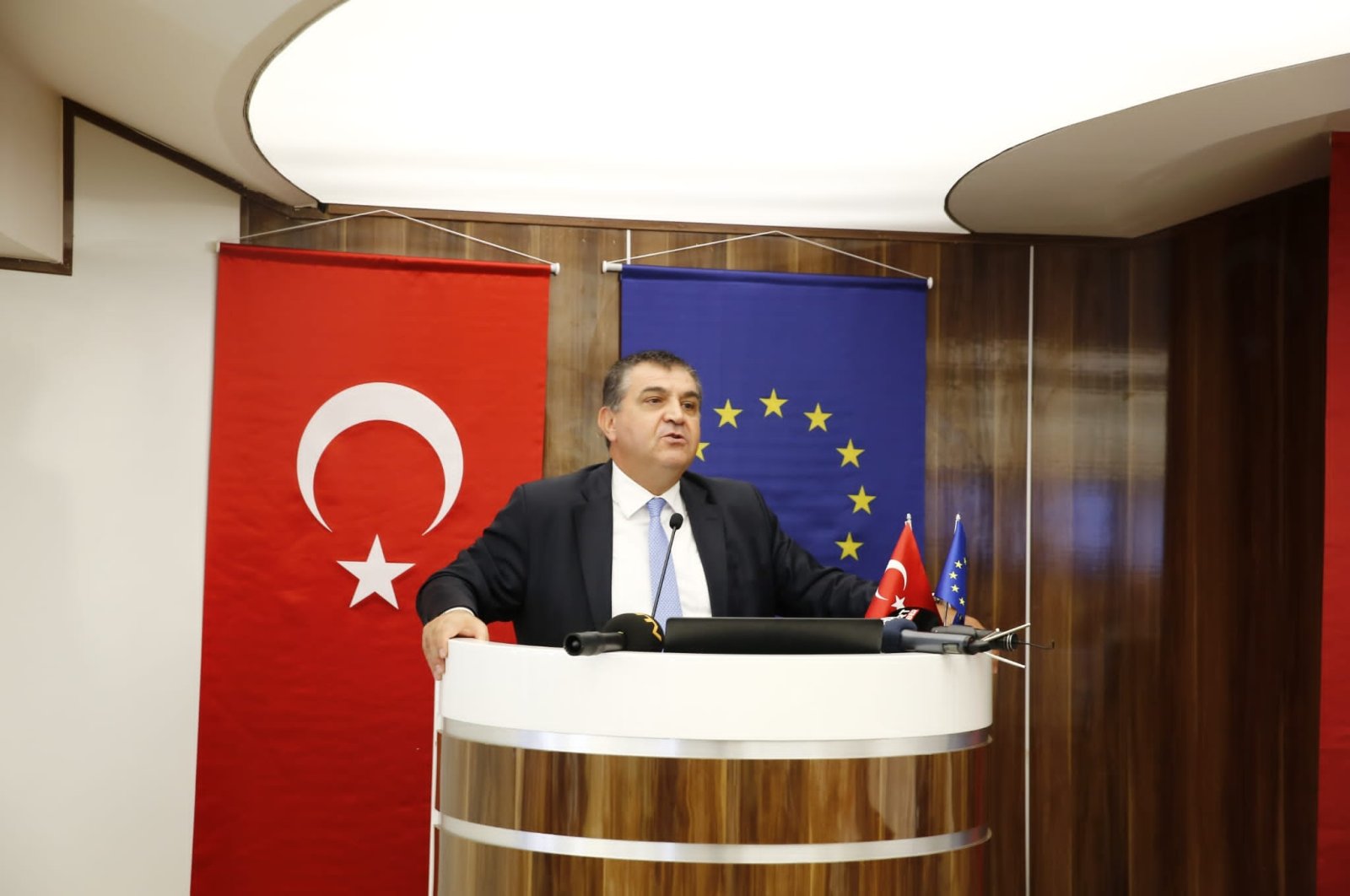 A large majority of the Turkish population is in favor of Turkey’s membership of the European Union, Deputy Foreign Minister and Director of European Affairs Faruk Kaymakcı said on Monday.

“I can inform you that 79% of Turks want EU membership,” Kaymakcı wrote on Twitter in response to a post from a political communication specialist at the European Commission.

He quoted the figure in response to adviser to the European Commission’s Director-General for Communication, Tom Moylan, who posted a graphic on his personal Twitter account titled “Who most wants to join the EU?” as well as photos from more than a dozen countries – not including long-standing candidate country Turkey.

Moylan later replied: “I didn’t take the picture – just thought it was interesting… Thanks for sharing the stat, I agree Turkey was a glaring omission. “

Turkey has the longest history with the union and the longest bargaining process. The country signed an Association Agreement with the EU’s predecessor in 1964, the European Economic Community (EEC), which is generally seen as a first step towards eventually becoming a candidate. Official candidacy in 1987, Turkey had to wait until 1999 to obtain the status of candidate country. However, for the start of negotiations, Türkiye had to wait another six years, until 2005, a particularly long process compared to the other candidates.

In the years that followed, the talks were essentially frozen due to political obstacles from some EU members, for reasons unrelated to their suitability for membership, according to Ankara.

Relations between Turkey and the EU are marked by differences over several issues, including tensions in the Eastern Mediterranean, Turkey’s role in Syria, the migrant crisis and the impasse in Turkey’s accession process. to join the block. However, Turkey recently reiterated that it is part of Europe and sees its future in the EU, adding that it will continue to work towards becoming a full member.