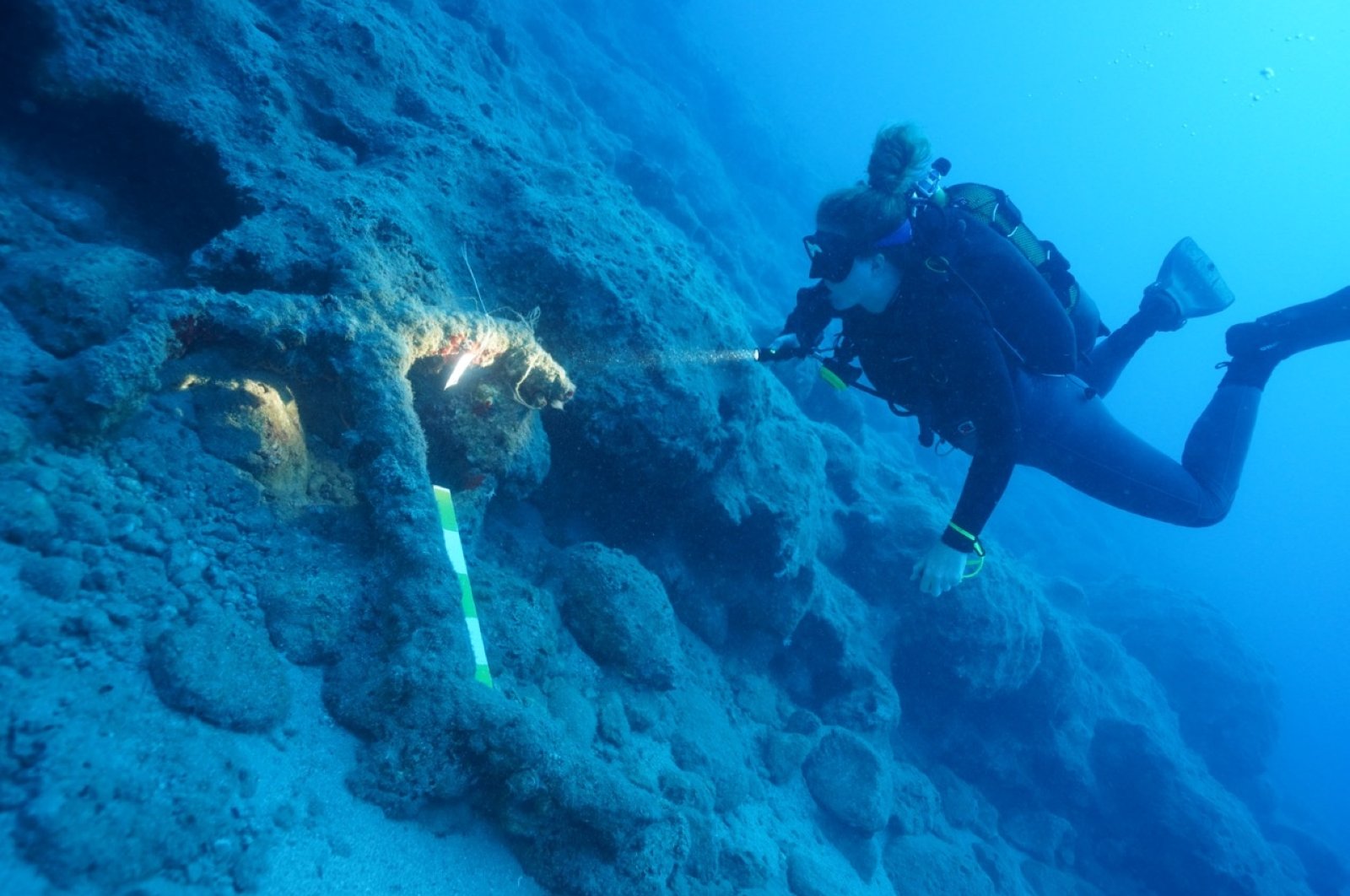 Antalya, in the heart of the Turkish Riviera, has been a favorite destination of past civilizations prospering through maritime trade. Recent discoveries off the coast of Turkey’s southern province show there is more to its heritage than has already been explored.

Öniz, who also chairs the underwater cultural heritage department of a research institute, is among the archaeologists working on Akdeniz University’s scientific exploration vessel “Arkeo”, which sails between Antalya and the Mediterranean province of Mersin to explore the seas. The Explorers are a diverse group, from academics to postgraduate students hailing from Türkiye and 13 other countries, from Sweden and the United States to Mozambique and Poland. They exploit the latest technologies in underwater imaging and detection when exploring the waters. Three underwater robots also help them scan the seabed, down to a depth of 250 meters (820 feet), reaching places inaccessible to divers.

Öniz told Anadolu Agency (AA) in a recent interview that this summer they found shipwrecks dating from the 7th century BC and 12th century AD “Most of them are loaded with amphorae (a type of jug) and these amphoras carry goods, from olive oil to fish sauce to wine. Our work has proven that the Mediterranean coast was a busy route between these centuries as a trade route,” did he declare.

Through a discovery, the team established that there were brick workshops in Antalya during ancient times that sold their wares to other Mediterranean cities, transporting the products by sea. Öniz said an interesting find was that on two of the wrecks, the bricks and slabs were found perfectly intact. “They stood there in exactly the same way as the porters stacked them about 2,000 years ago,” he noted.

He said they also discovered anchors from the The Bronze Agewhich indicates that the Mediterranean coast was home to maritime trade already 5,000 years ago and that the Turkish coast was also used for military and defense purposes.