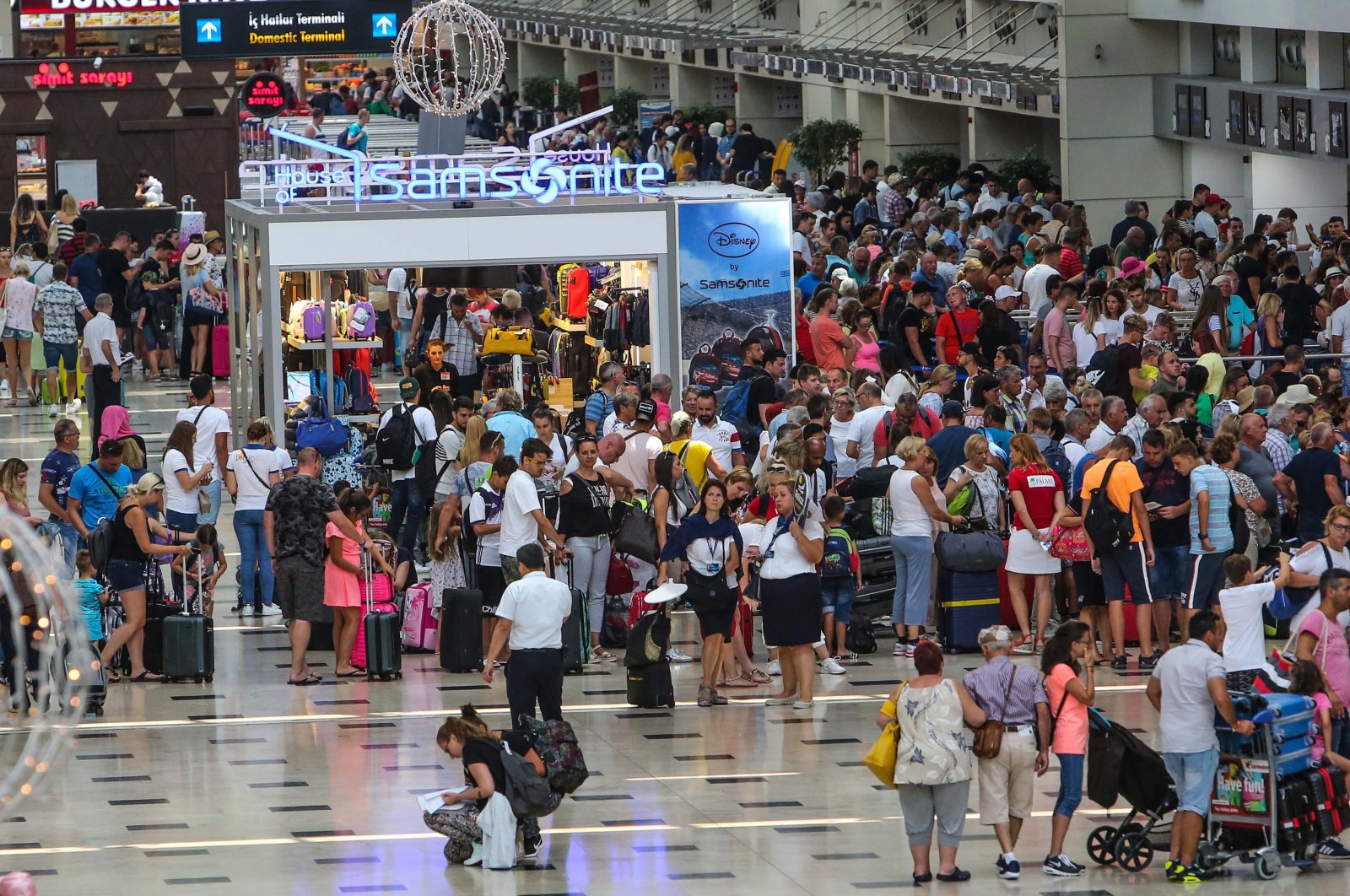 Attracting tourists from all over the world, the Mediterranean gem of Antalya in Turkey welcomed more than 11 million foreign visitors in the first nine months of the year, according to official data.

The majority of foreign tourists in the city, meanwhile, were Russians and Germans, as the province has been a top pick for visitors from both countries for years.

The city is currently experiencing its busiest time for tourism following the COVID-19 shutdown.

The number of foreign tourists visiting the city by plane between Jan. 1 and Sept. 30 was 11.27 million, according to data from the Provincial Directorate of Culture and Tourism of Antalya Governorate.

Compared to last year, there was a 57% increase over the same period.

The city, which was visited by 1.7 million tourists in September last year, received 1.9 million visitors during the same period this year. There was a 15% year-over-year increase in September figures.

Russia was closely followed by Germany with 2.1 million tourists and the United Kingdom with 952,246 tourists. Poland, the Netherlands, Kazakhstan, Romania, Israel, Czechia and Denmark were among the top 10 countries that sent the most vacationers to Antalya during the same period.

The government raised its end-of-year targets in July to 47 million tourists and $37 billion (TL 680.7 billion) in revenue, up from its previous targets of 45 million arrivals and $35 billion in revenue.

This year’s arrivals have been mainly supported by Russian visitors, who have increasingly opted for Turkey due to flight restrictions imposed by Western countries after Russia’s invasion of Ukraine, as well as by European tourists.

Meanwhile, Europeans have also started booking hotels in Turkey to spend the coming cold months as the energy crisis accelerated by the Russian-Ukrainian war hits the continent.

In particular, rising energy costs in Germany are pushing many people to opt for the financially prudent option of taking a long winter vacation.

“We have indeed seen a trend that people want to go on long-term vacations, long-term vacations in the winter season, so it’s a continuing trend,” he said. “And the debate in Germany is very strong. The reason could be that people go there because of gas prices, energy prices. And when you’re in the sun, of course, you don’t need that much energy, and in Germany, at home, the prices won’t affect you,” he explained.

Destinations like Turkey, Egypt, Tunisia or Cape Verde offer more than 90% all-inclusive accommodation and will offer a significant advantage, which is already apparent from the start of bookings in winter.

“Turkey is already the No. 1 destination for Germans and it’s already a very busy destination in winter so you see a lot of traffic going to the Antalya region for example,” Dunhaupt said, adding that some travelers were retirees, others who want to be in the sun, who want to feel better.

“But also, there is this trend towards workcation, where people can go to work from the beaches. They can go there in the afternoon, bathe, eat good food and that is of course an advantage of Türkiye. There is good food, it’s something Germans know and that’s why they go there,” he said.

In the Neukölln district of Berlin, Anna and Pablo sit with their heads buried in a laptop, looking for cheap long stays in Turkey.

They, too, are worried about being able to pay energy bills this winter and have heard from friends about affordable vacations abroad.

Anna says she and her partner can work remotely and would prefer to winter in the Antalya region of Turkey.

“What’s happening is the cost of living is skyrocketing and we’re at a point where we can’t even imagine paying for heating during the winter and it’s cold here, it’s a big apartment,” she said. “(Three thousand) a year is a lot, it’s already at $100 a month and if you multiply that by 400% more, it’s so crazy.”

“We’re both working remotely and we’re thinking of moving maybe not completely but at least for the winter and going somewhere more affordable and warmer,” she said.

Electricity and gas bills quickly become out of reach for the normal consumer. Anna and Pablo are looking to save money while living in Türkiye and sublet their apartment in Berlin.

“In general, the cost of living is much lower there (Türkiye). We found options, we have good friends there. People are friendly, we can stay in a resort and have a good time with good weather and heat,” Anna said.