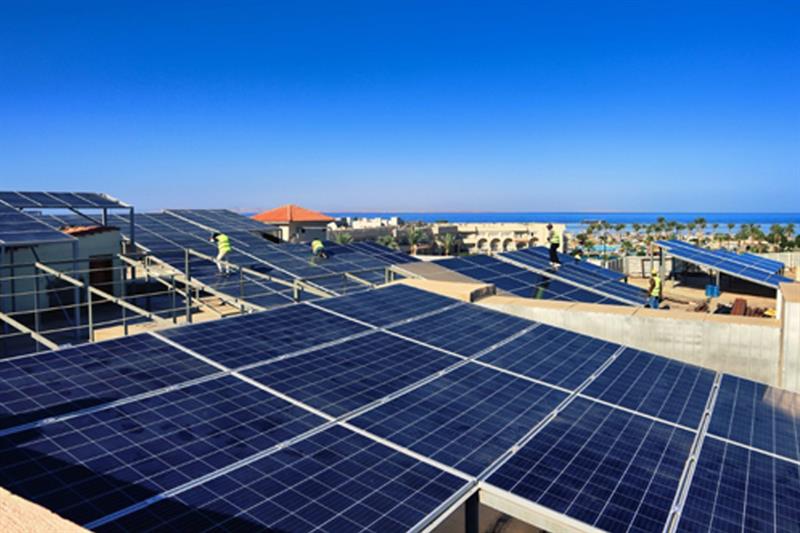 In the countdown to COP27, Sharm El-Sheikh has been the scene of frantic activity, with 30 national projects set to be completed in the coming days.

Work is also continuing on the development of the commercial market area, including the installation of electric car charging stations.

A new smart taxi system is also being created. The city, says Fouda, now has 717 taxis with a tracking system and an internal camera inside each car.

For the duration of the conference, 260 petrol and electric buses will criss-cross Sharm el-Sheikh, producing zero emissions and providing passengers with internet access.

Taxis and buses will help transport visitors from their hotels to conference areas that include the Blue Zone, a complex that includes a state-of-the-art conference hall that will serve as a model for sustainable environmental compatibility with means logistics, techniques and technological characteristics.

The green zone, located nearby, will serve as a platform for business community, youth, women, civil society, residents, universities, artists and fashion community from different countries.

Sharm el-Sheikh hotels are preparing to welcome more than 30,000 visitors expected in the city for COP27. Hakan Kaynakci, regional director of sales and marketing for Rixos Hotels, hotels in the Red Sea resort are getting greener as part of Sharm el-Sheikh’s development efforts.

“We reduced the use of plastics, installed solar panels, collected bio-waste and sent it to businesses for recycling,” he said.

“Rixos will open a new golf resort, with 102 villas, in addition to our two hotels in the city as we expect the interest generated by COP27 to continue to attract visitors after the summit ends.”

Kaynakci is not alone in thinking that COP27 will give a boost to tourism.

“All the authorities concerned are joining hands to complete the projects implemented in Sharm el-Sheikh before the city begins to receive the delegations that will participate in the COP27”, said Sameh Al-Sadat, member of the economic commission. of the Senate.

Al-Sadat, who has been a regular visitor to the city ahead of the summit, says ongoing work on Sharm el-Sheikh’s infrastructure meets strict environmental criteria and the event will position Egypt at the heart of the global transition to a greener economy. .

“COP 27 will bring new types of tourists to Egypt. We must capitalize on the conference to market tourism to Egypt, one of the safest destinations to visit in the world,” he said.

Since security and stability are key to attracting tourism and investment to Egypt, Fouda said special attention has been given to consolidating security systems in South Sinai in general, and in Sharm el -Cheikh in particular. The city now has a new 5,000 square meter security monitoring center.

*A version of this article appeared in the October 6, 2022 edition of Al-Ahram Weekly.