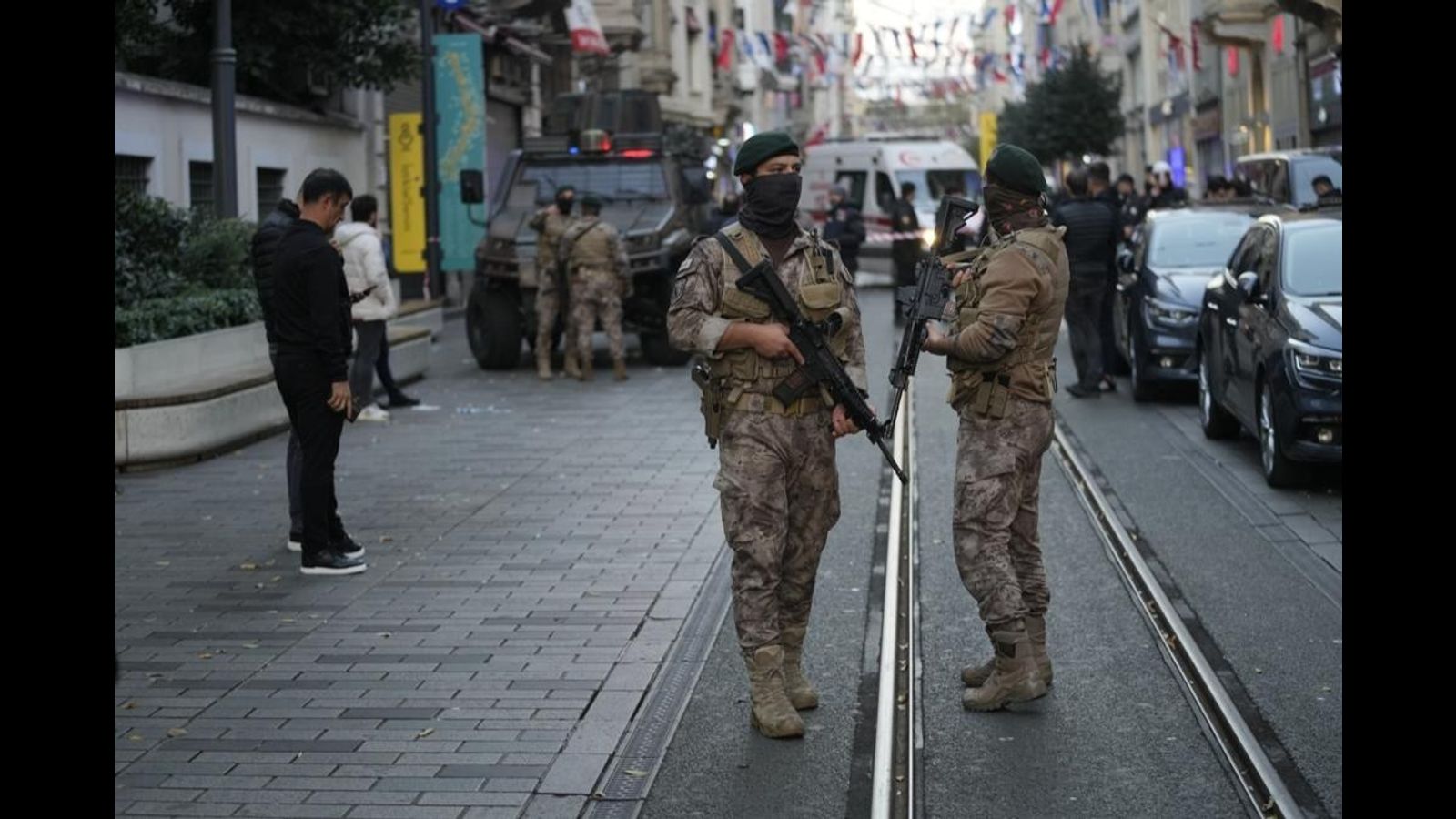 Yesterday afternoon, at least six people were killed and 81 injured, two of them seriously, in a bomb attack on Istiklal Avenue, one of Istanbul’s busiest areas. As of this writing, it remains unclear what the motives or forces behind this deadly terrorist attack targeting civilians are.

After the explosion, which occurred a few hundred meters from Taksim Square, numerous police and ambulances arrived on the scene. As police completely evacuated and closed Istiklal Avenue, gunshots were heard near the scene shortly after the explosion. According to a report on halktv.com.tr, police allegedly shot one person, but no statement was made about the incident.

Before leaving the country for the G-20 summit, President Recep Tayyip Erdoğan said: “It would be wrong to say with certainty that this is terrorism, but the first developments, the first information that my Governor, there’s a smell of terrorism here. He added: “From now on, the first determinations are that a woman played a role in this. [attack].”

In a statement on the attack, Vice President Fuat Oktay said there was security and peace in Turkey. Insinuating that the attack was intended to send a message to Turkey, he said that Turkey “is a country that has achieved stability in all aspects, in terms of development, security and peace. No one can send a message to Turkey, which has a voice in many ways in its region and in the world, with such acts, nor can anyone divert it from its path.

The bombing in Istanbul came amid the ongoing war between NATO and Russia in Ukraine. As the major NATO powers, led by the United States, escalate their proxy war with Russia in pursuit of their imperialist goals, Ankara is trying to mediate and end the conflict. This is not because Ankara is “peace-loving”, but because of its political ties with Ukraine and Russia, as well as the economic concerns of the Turkish bourgeoisie.

Meanwhile, in Syria, where the Turkish military has maintained a military presence since 2016, tensions between Ankara and its Islamist proxies have been rising for some time. Fehim Tastekin wrote in Al Monitor Wednesday that al-Julani’s Hayat Tahrir al-Sham (HTS) recently entered Afrin, which is under the control of the Turkish military and its proxies, taking advantage of disagreements within the “Syrian National Army” ( SMO) supported by Turkey.

“Turkey has launched a new effort to reorganize allied rebels in northern Syria and has reportedly used threats and ultimatums to discipline the disorderly factions that have backed Turkish forces in the Olive Branch and Shield pockets of Euphrates in the countryside of Aleppo,” Taştekin wrote.

The Radio and Television Supreme Council (RTÜK) imposed a broadcast ban on the media over the incident. Additionally, the Information and Communications Technology Authority (BTK) has restricted access to social media platforms on the grounds of preventing “inappropriate images”.

Mehmet Akuş, an employee of a restaurant on Istiklal Avenue, told Reuters of the attack: “When I heard the explosion, I was petrified, people froze looking at each other. Then people started to flee. What else can you do? My relatives called me, they know that I work on Istiklal. I reassured them.

After the explosion, statements came from the political establishment and Turkey’s allies. NATO, the United States, the European Union, France, Ukraine and Greece were among those issuing statements of “solidarity” with Ankara.

Kemal Kılıçdaroğlu, the leader of the Republican People’s Party (CHP), wrote on Twitter: “Wishing God’s mercy to our fellow citizens who lost their lives in the Istiklal Avenue explosion and a speedy recovery to the injured. My condolences to our nation! His far-right ally, Good Party leader Meral Akşener, also expressed her “condolences”.

The Kurdish nationalist Peoples’ Democratic Party (HDP) also issued a written statement, saying: “We are deeply saddened and saddened by the explosion in Istanbul. We wish God’s mercy to our fellow citizens who lost their lives, a speedy recovery to the injured and our condolences to our people.

Former HDP co-chair Selahattin Demirtaş, who is currently serving a multi-year prison sentence, condemned the attack. “Whatever the purpose or justification, every attack targeting civilians is terrorism in law, in politics, in morals and in conscience. We never accept it,” Demirtaş said on Twitter.

“Efforts to defeat Turkey and the Turkish people through terrorism will fail today as they did yesterday and as they will again tomorrow,” President Erdoğan said in his address.

After yesterday’s explosion, some commentators have drawn a parallel between the escalation of terrorist attacks in 2015-2016 and the current situation. Amid a deepening economic and social crisis, Turkey is heading for presidential and parliamentary elections in June 2023. Multiple polls suggest Erdoğan could lose both elections.

In the June 7, 2015 parliamentary elections, Erdoğan’s Justice and Development Party (AKP) lost its parliamentary majority in the face of massive social opposition. In fact, the terrorist attacks that started before the elections have intensified since then.

Around 150 people have been killed in terrorist attacks carried out by the Islamic State of Iraq and Syria (ISIS) in Suruç, on Turkey’s southern border, and later in the capital, Ankara. At the same time, the Erdoğan government’s displeasure that the People’s Protection Units (YPG), the Syrian sister organization of the banned Kurdistan Workers’ Party (PKK), had become the states’ main proxy force. States, led to the end of the “peace process”. between Ankara and the PKK and the outbreak of a violent civil war.

While a coalition government could not be formed, the AKP managed to regain its majority in parliament in the snap elections of November 1, 2015 in an atmosphere of terror and fear. Terrorist bombings and violent clashes in Kurdish towns continued. After conflicts between Turkey and its imperialist allies, led by Washington, erupted with a failed coup attempt against Erdoğan on July 15, 2016, Ankara launched multiple invasions into Syria to target the YPG. He occupied significant territory despite the objections of Damascus.

Regardless of the exact forces behind yesterday’s attack, this climate of terror cannot be understood apart from the thirty years of wars in the region waged by the imperialist powers led by the United States. These wars, in which the Turkish ruling elite has been complicit, have devastated countries like Iraq, Libya and Syria, while the war in Ukraine threatens all of humanity with the specter of nuclear conflict.