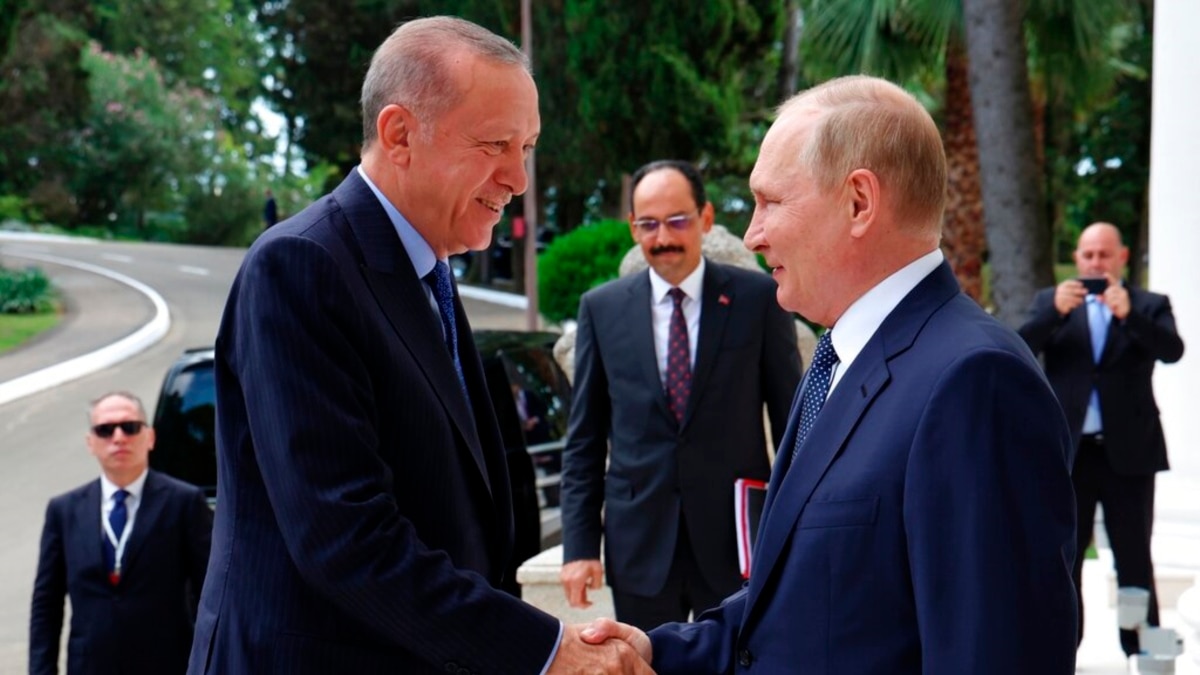 Turkish President Recep Tayyip Erdogan travels to Uzbekistan on Thursday to attend a meeting of the Eurasian security group, the Shanghai Cooperation Organization. Erdogan is present at the invitation of Russian President Vladimir Putin. The meeting comes as Erdogan’s relationship with Putin has come under increasing scrutiny from his Western allies as they seek to tighten sanctions on Russia.

Turkish President Recep Tayyip Erdogan’s loyalty is set to come under increasing scrutiny from his traditional Western allies with his attendance at the Shanghai Cooperation Organization in Uzbekistan on Friday.

The Russia-China-led Eurasian security group is being branded by some critics as an anti-Western alliance.

Erdogan’s presence and a planned meeting with his Russian counterpart, Vladimir Putin, the third in as many months, will fuel questions about Turkey’s Western loyalties, said Asli Aydintasbas, visiting scholar at the Brookings Institution think tank. .

“Erdogan likes to do this balancing act, and it serves a purpose. He wants to signal to the West that he has other options. Turkey has become quite close to Russia, especially economically, rather dependent from Russia,” Aydintasbas said. “Not only did Ankara not join Western sanctions, but it also continued to trade with Russia and received Russian funding.

Some analysts say trade with Russia is increasingly crucial to Turkey’s battered economy, which could prove vital for Erdogan, who faces re-election next year. Friday’s talks between Putin and Erdogan are expected to focus on trade.

Maria Shagina of the International Institute for Strategic Studies said that with Western countries seeking to tighten sanctions against Moscow, Erdogan is also becoming increasingly important to Putin.

“Russia lacks good friends here. They have China, India that they can pivot to, but the leeway, where Beijing (and) New Delhi would be keen to face secondary sanctions, just isn’t there,” Shagina said. “So it’s important that Moscow has another friend in need, and Ankara, unlike Beijing, Ankara is actually more risk-prone.

Erdogan called this month for the easing of some sanctions against Russia. But Ankara insists it is not violating US international sanctions and is taking a balanced approach to Russia and Ukraine, with Turkish arms companies continuing to supply Kyiv.

Erdogan’s position towards Russia is likely to be high on the agenda of the talks if the Turkish president meets US President Joe Biden on the sidelines of the United Nations General Assembly next week in New York. But analyst Aydintasbas says Biden faces a dilemma with Ankara.

“Washington is doing its own balancing act when it comes to Erdogan. They don’t like the fact that he didn’t buy into Western sanctions against Russia. On the other hand, they don’t want to push Turkey further towards Russia,” Aydintasbas said. “So they refrained from speaking out.”

While the European Union and Washington are expected to step up efforts to tighten sanctions against Russia, analysts warn that the balance between Turkey and Russia could prove increasingly difficult to maintain.