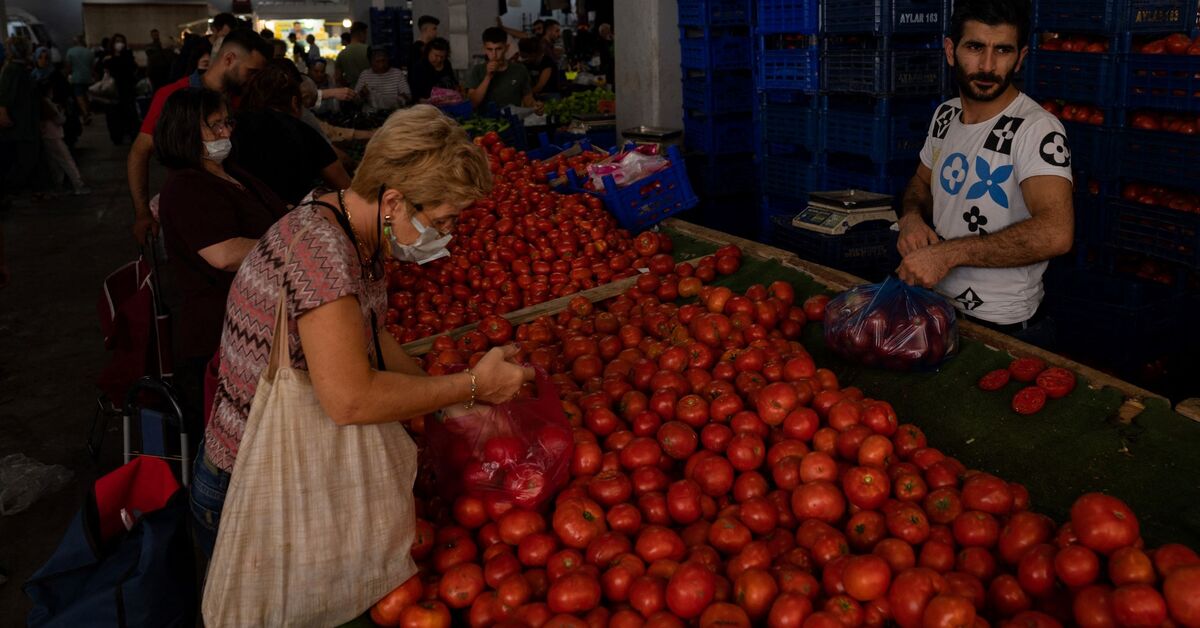 Wary of waning popular support and economic turmoil ahead of next year’s elections, Turkish President Recep Tayyip Erdogan appears ready to pour “election candy” on various segments of voters at the risk of ruining the public finances.

The upcoming presidential and parliamentary polls in Turkey – in June 2023 at the latest – promise to be the toughest challenge yet for Erdogan and his Justice and Development Party, in power since November 2002, as grievances people are rising, fueled by inflation exceeding 80% and its many social ramifications.

In a pledge likely to become a centerpiece of his re-election campaign, Erdogan announcement on September 13, the public housing agency TOKI would build half a million new homes for low-income families over five years, including 250,000 homes during the initial two-year phase. The investment value of the plan, also involving the construction of offices, is around 900 billion Turkish liras ($49 billion), he said.

In a country where 42.5% of families are not landlords, housing has become a serious problem for low-income groups amid a massive increase in prices and rents over the past two years. Erdogan’s housing project, based on subsidized prices and payments spread over 20 years, has attracted about 3.5 million applications in less than a week, according to officials. Driven by demand, Ankara is now considering a similar project for middle income groups.

Erdogan put the price of a two-bedroom apartment at 608,000 lire (about $33,000), including a 10% down payment and 240 monthly installments of 2,280 lira ($123) – less than half the minimum wage, which is the salary of nearly half of the country’s employees. Subsequently, however, TOKI clarified it would increase monthly payments twice a year, taking into account wage increases in the public sector over the previous six months. This means that the payments would be more or less indexed to inflation and the cost of apartments would have to increase.

In another election move, prompted by the onset of winter and popular anger over gas and electricity price hikes, Erdogan over the weekend offered tax incentives to businesses that help cover bills employee energy through April. These payments of up to 1,000 lira ($54) will be exempt from income tax and social security contributions, he said.

Ankara is also working on an early retirement scheme, long sought after by several million people who lost their eligibility for retirement at an earlier age due to new criteria introduced retrospectively in 1999.

In December, the minimum wage and the salaries of public employees and pensioners will be increased. A tax pardon on tax debts and an amnesty on illegal construction are also expected.

It is difficult to say to what extent such populist measures could influence the electorate, but they will clearly bring the budget deficit to more than 6.4% of the gross domestic product that the government is aiming for in its medium-term economic program.

Erdogan is expected to use the lower inflation rates that Turkey is expected to start recording in December, thanks to a lower base last year. The Central Bank is expected to continue cutting its policy rate to 9% over the next few months. The rate has been reduced from 100 basis points to 11% last week – the latest in a series of cuts despite runaway inflation. The bank made the cuts at the behest of Erdogan, who has the unconventional economic view that high interest rates fuel price hikes.

With the conjunction of further rate cuts and lower inflation rates, Ankara may well try to give the impression that it has managed to contain inflation by lowering interest rates. “God willing, we will bring inflation down to reasonable levels from February and we are determined to bring it down to single digits in the years to come,” he added. Erdoğan said in an address to business people on September 25.

Determined to promote economic growth with rate cuts, he urged the business community to invest. “I invite you to invest [by making use of] low interest rates, mainly by public banks. The investments you make by taking out low interest loans will create jobs, support production, boost exports and turn the current account in our favour,” he said.

Turkey’s economy, however, is heavily dependent on imports, and growth will inevitably increase its current account deficit, which stood at $36.5 billion in July and is expected to exceed $50 billion by the end of the month. year. Moreover, the country faces external debt liabilities $180 billion over the next 12 months. These are factors that keep the lira under pressure, as evidenced by the plummet to new lows against the dollar this week.

In a bid to curb the rush for hard currency, Ankara has encouraged depositors to keep 1.3 trillion lira ($70.2 billion) in a deposit system, in which the Treasury and Central Bank compensate them for losses. suffered as a result of currency depreciation. A sharp increase in foreign currency inflows of unknown origin and other inflows obtained through political contacts with Russia and the Gulf countries also contributed to slowing the rise in currency prices to some extent. Yet such benefits of cooperation with Russia, in particular, seem hardly sustainable due to the specter of Western sanctions.

In sum, Erdogan seems determined to make lavish economic gestures to voters at the expense of opening big holes in public finances and imposing heavy bills on state banks, other public economic entities and the government. next government.