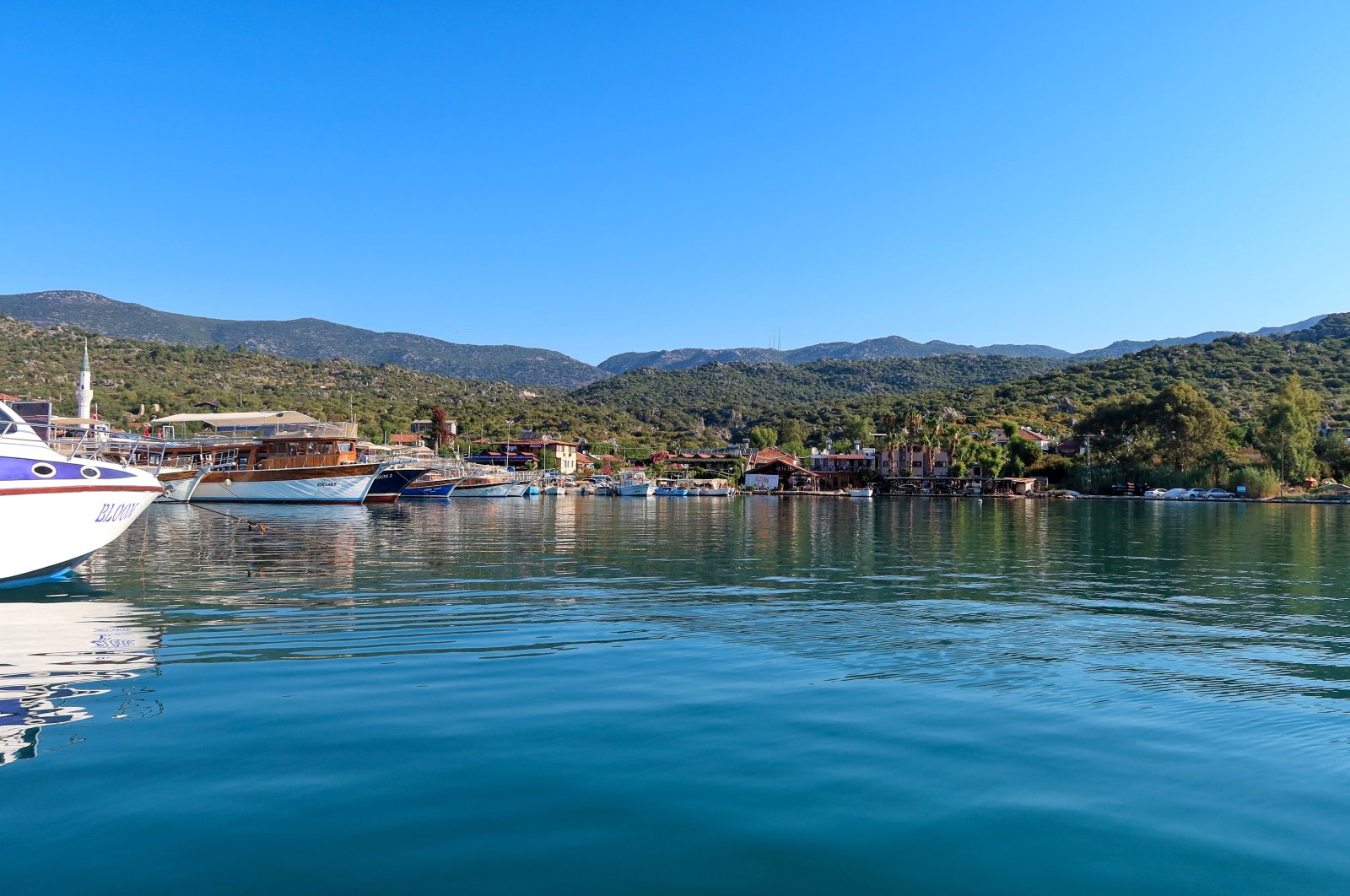 Kekova Island, an island connected to the Demre district of Antalya and a historical and tourist region, has become a favorite of tourists from outside Turkey, especially in recent years, winning hearts with its unique coves and clear azure waters.

At the end of our boating holiday in Kekova last summer, which I detailed in my last article, this region already had a place on our list to visit again.

Kekova Island offers travelers unique accommodation options. In addition to the daily boat trips, you can also stay on a boat instead of a hotel.

You can take boat trips on different routes from many different places in this region.

The most popular of them is the visit to the island of Kekova. Last summer we chose to visit Kekova Island, where we could see the famous sunken city and experience swimming in different landscapes of ancient cities, in the deep blue waters of the Mediterranean. To join this wonderful boat trip, you need to go to Üçağız from Kekova or Kaş Port in Kaş.

Those wishing to join a daily excursion can sign up at any agency located here during the day, but if you wish to join a boat tour with accommodation, it is best to book in advance to secure a reservation .

To reserve a place, you can contact the agencies or individual captains of the boat trips via the Internet or Instagram and make reservations in advance. We arranged the tour we would be joining in July in June, but as the summer season ends in September, you can find easier spots in the fall. Try your luck before the end of September or October and definitely live this wonderful experience.

Last summer and during the pandemic, those hesitant to use hotel common areas preferred these tours. In fact, there are very nice hotel alternatives in Kaş, which is close to Kekova, but due to the rocky landscape of Kaş, there are not many natural beaches. For this reason, you can see the beautiful bays that can be reached more easily by sea by taking a boat trip and swimming. At the same time, you can see ancient ruins with these tours to Kekova, which is on the historic Lycian Way.

Kekova Island, which has the clearest and most turquoise waters in Türkiye, is an excellent starting point for those who want to take a blue cruise. The island was separated from Üçağız and Kaleköy by major earthquakes that occurred in the past.

As a result, beautiful bays have formed in this region.

Kekova Island is also an area where you can travel back in time through history in addition to its beautiful bays.

It is known that the Lycian civilization established a city and lived where the ruins are now located off the island of Kekova. Following devastating earthquakes in the second century, the settlements were flooded.

The port of Kekova, one of Lycia’s important trading centers, was also flooded after the great earthquakes. Today it is called the Sunken City because of these ancient ruins.

Boats can approach these ancient underwater ruins up to a certain distance. As they are under protection, you can only visit these ruins from a distance. However, the water is so clear that it is possible to see the remains easily with the naked eye.

Apart from underwater ruins, you will also see ancient city ruins on the island. Stairs above and below the water, royal tombs, boathouses and remnants of walls immerse you in history.

The region, where empires such as Rome and Byzantium flourished after the Lycian civilization, bears traces of history.

After the sunken city, the first stop is Tersane Bay, where there are the ruins of a Byzantine church.

The second leg of our blue journey, which we started at 10 a.m., was Tersane Bay.

This place attracts a lot of attention because it is the only place near the sunken city where boats are allowed to moor. Especially here I recommend swimming with water shoes because after swimming in the bay you might want to go ashore and see the ruins of the church here. The underwater ruins you will see while gliding through the depths of the water are really interesting.

For this reason, you should definitely go diving or snorkeling in this turquoise-colored bay, which was a shipbuilding area in Lycian times. Many parts of Kekova Island are protected from diving activities due to its historical value. You absolutely must immerse yourself in the historic atmosphere of this cove, where there are underwater ruins so close to the sunken city.

Taking its name from a ship belonging to the Ottoman Navy, Hamidiye Bay is another place where you can swim in the depths of history.

The Hamidiye ship of the Ottoman Navy was hidden in this bay for two days during the Balkan Wars.

The Turkish flag drawn on a large rock in the bay is eye-catching. This flag, drawn and painted by soldiers in the past, remains as a reminder of the deep history of the region.

Gökkaya Bay, which is very close to the Lycian ruins in the open sea and Üçağız beach, is a bay where boats stop for lunch during the day and for accommodation at night.

At the same time, since this is the largest bay on the island of Kekova and in which boats can shelter in any weather, boats usually prefer to stay here for the night.

We spent the night here on the boat. This bay, which has very clear and clean water for swimming during the day, was calm and peaceful enough to spend the night.

You will witness traces of history in this village, which was known as Simena in ancient times and as Kaleköy today. Additional gesture to preserve the site, it is closed to car traffic and under protection. The castle at the top of the village and the tombs of the kings in different places are among the most important historical treasures of Kaleköy.

While walking up to the castle and witnessing the magnificent view is a great experience, the view of Kaleköy from the boat is also worth soaking in.

When you arrive by boat, a picturesque landscape that you will never forget greets you, posed from the hillside, intertwined with history, reminiscent of an oil painting.

Apart from that, in Kekova which is famous for its sunken city, Üçağız, Kaleköy and its many bays, I recommend you to go see and swim in Burç Bay, Aquarium Bay, Çamlık Bay and Pirate Cave.

To fully enjoy Kekova, you need to spend at least three to five days here.

If you are not looking for an active, crowded and noisy vacation, you should definitely visit Kekova to take a break from three to five days in the mystery of a sunken city, in the footsteps of history, in the lap of the depths. azure sea and under the vibrant blue sky.