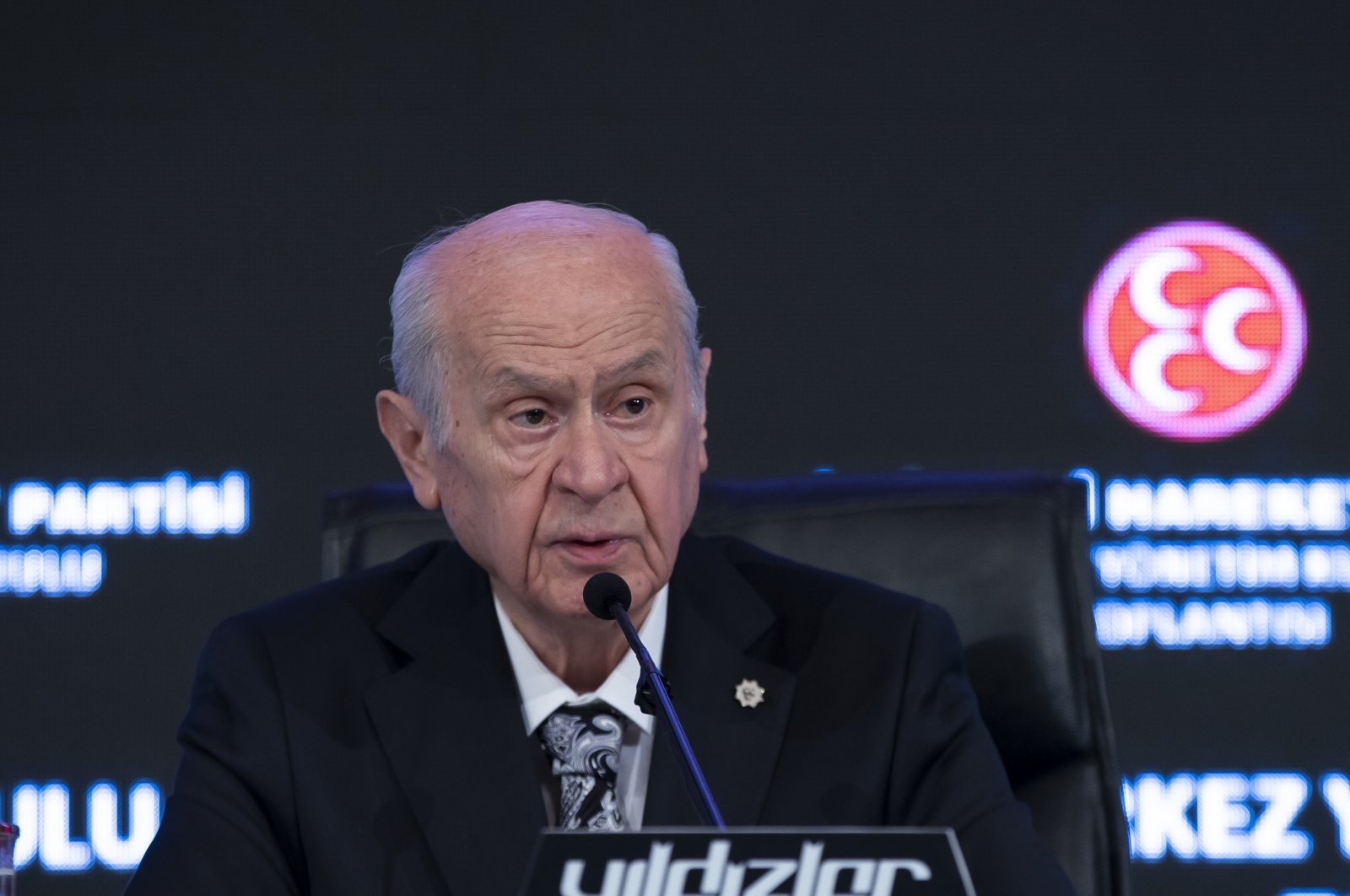 The Nationalist Movement Party (MHP) will launch its election campaign rallies on Sunday under the theme “Towards 2023: the candidate is certain, the decision is clear”, party president Devlet Bahçeli said on Thursday.

Speaking after a party meeting in the capital Ankara, Bahçeli said the first open-air meeting on the theme will be held on Sunday in Sivas with the participation of party organizations and citizens Amasya, Tokat, Çorum and Yozgat.

“Our strategic objectives to follow and achieve over the next nine months will consist of the following. Face-to-face contact and communication with our citizens will become widespread in the form of mobilization of the heart, and our ‘Step by Step 2023 activities will continue to be carried out in all our provinces and districts until election day,” he said.

“Our outdoor meetings will be held with increasing enthusiasm in pre-determined provinces, and at the same time, indoor meetings will be scheduled if the need arises. Our presidential candidate is Recep Tayyip Erdoğan. A superhuman effort will be made for Mr. Erdoğan The existence of a Nationalist Movement Party (MHP) maximizing the number of deputies and political support in the 28th term of the Turkish Grand National Assembly (TBMM) is also our specific goal. People’s Alliance’s goal of achieving a qualified majority in Parliament to secure a constitutional amendment.”

When asked by a reporter if there would be early elections, Bahçeli replied, “There are nine months and 18 days left before the elections. We have to wait.”

The next presidential and parliamentary elections in Turkey are scheduled to take place in June 2023. The MHP is the alliance partner of the ruling Justice and Development Party (AK Party) as part of the People’s Alliance. President Erdoğan is the alliance’s candidate for the upcoming presidential elections. The National Alliance, mainly formed by the main opposition Republican People’s Party (CHP) and the Good Party (IP), seems to be the biggest rival in the polls, but has not yet decided to an official presidential candidate.