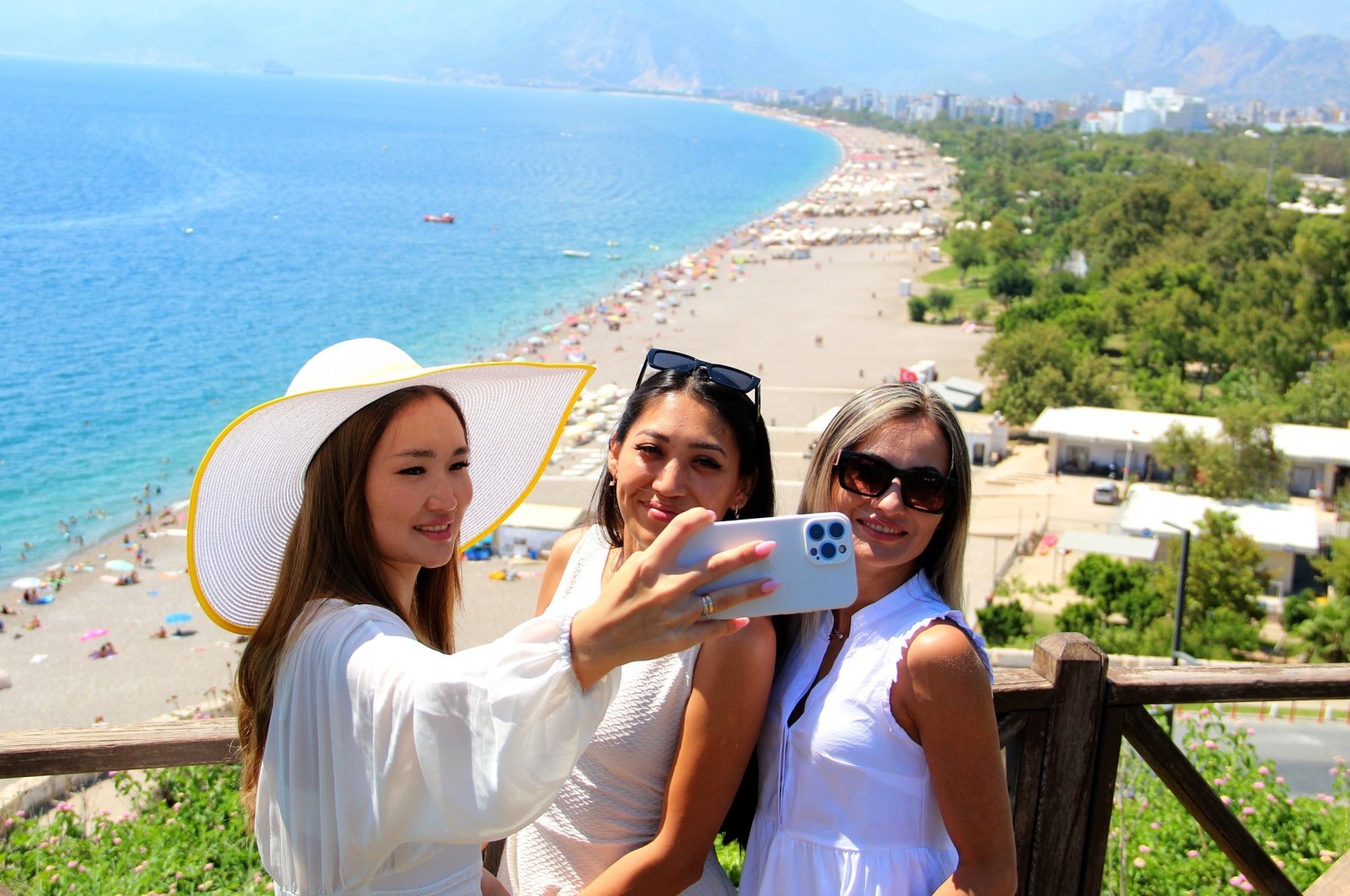 Antalya has seen more than 10 million foreign tourists land at its airport so far this year, as the popular Mediterranean resort town of Türkiye experiences its busiest summer since the fallout from the coronavirus pandemic.

The number of foreigners arriving in the southern province by air reached nearly 10.1 million from January 1 to September 15, its governor Ersin Yazıcı said. The figure marks a 64 per cent year-on-year increase from the 6.15 million that landed in the city a year ago.

“These figures include the number of foreigners arriving by air, not those arriving by land. We estimate that we will reach a figure between 12 and 13 million by the end of the year,” Yazıcı told the Anadolu Agency (AA).

The resort has already well exceeded 9 million arrivals throughout 2021. That figure peaked in 2019, dubbed the best tourist season ever, when arrivals hit 16 million, before the slump caused by the pandemic.

Arrivals in the first half of September also jumped 18% year-on-year to more than one million, Yazıcı said.

This year’s big rebound has been driven by influxes of tourists from Europe, particularly Germany and the UK, in addition to arrivals from Russia, whose invasion of Ukraine had sparked fears in vital industry.

Yazıcı confirmed that the main tourist sources were Germany, Russia and Britain. “I think many more tourists will prefer Antalya next year,” he noted.

Antalya is distinguished by its five-star hotels that combine thematic architecture and luxury with stunning natural and historical beauties.

Turkey attracted more than 23 million foreign visitors from January to July, growing 128 percent annually, according to official data, paving the way for $37 billion in tourism revenue sought by the government.

Arrivals were mainly supported by Russian visitors who opted for Türkiye due to Western flight restrictions related to Russia’s invasion of Ukraine. The number of German and British visitors also increased sharply.

From January to July, Germans were Türkiye’s top source market with 2.99 million visitors, followed by 2.2 million Russians and 1.8 million Britons, according to data from the Ministry of Culture and Tourism. Tourism.

Despite concerns over the impact of Russia’s invasion of Ukraine, the government raised its year-end target last month to 47 million tourists and $37 billion in revenue from 45 million arrivals and $35 billion in revenue.

Buoyed by COVID-19 easing measures, the number of overseas visitors soared 94.1% to 24.71 million last year. Tourism revenue doubled to nearly $25 billion, but remained well below the level recorded in 2019.

Authorities had hoped tourism this year could match or surpass figures from 2019, when some 52 million visitors – including around 7 million Russians and 1.6 million Ukrainians – brought in $34 billion in revenue.