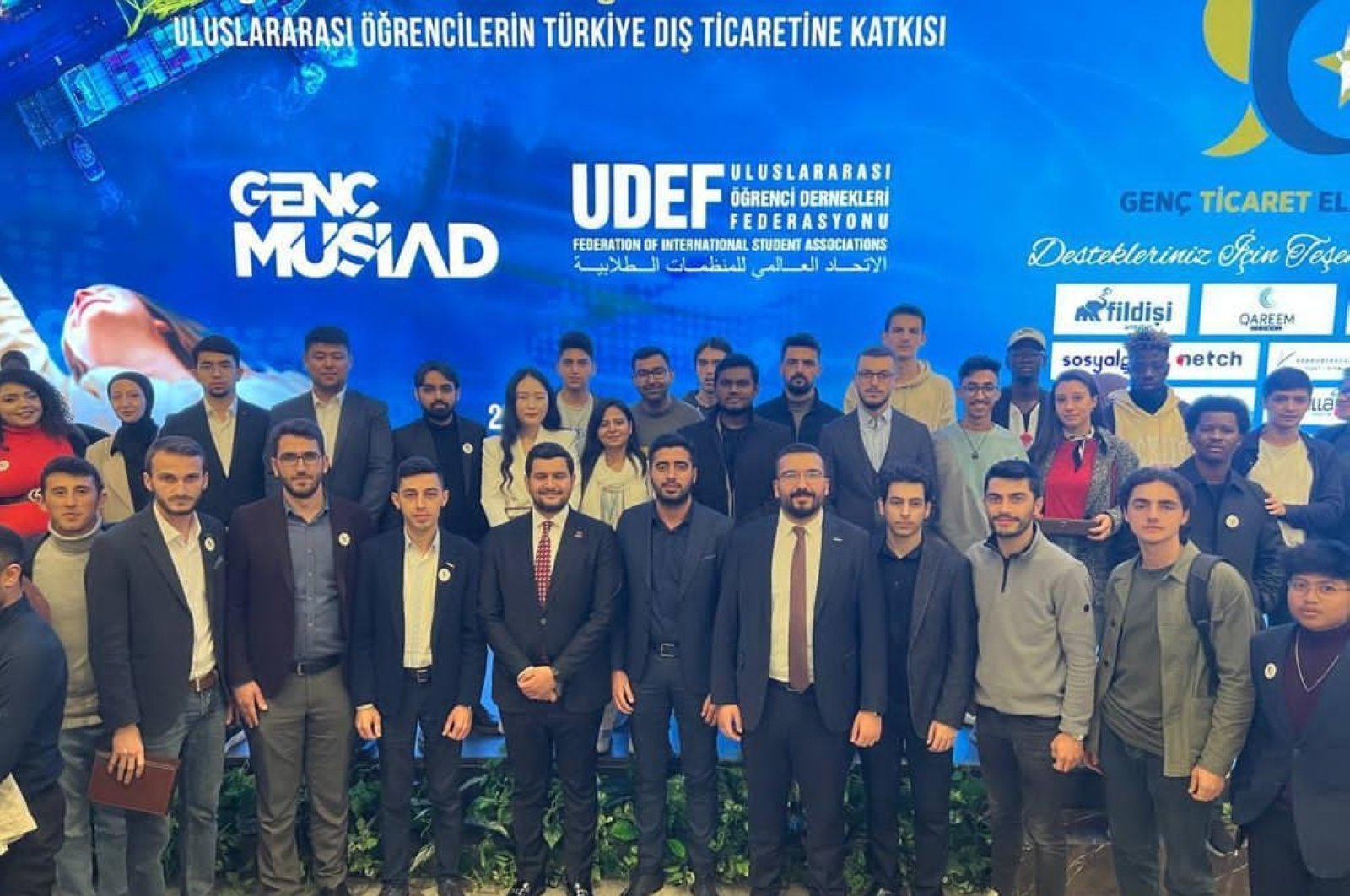 The youth branch of the Association of Independent Industrialists and Businessmen of Türkiye (MÜSIAD) organized a summit as part of the Young Business Ambassadors project to bring together successful international students in seven cities across the country.

The Young Trade Ambassadors project is an independent initiative developed by Genç MÜSIAD, or Young MÜSIAD in English, and aims to improve trade relations between Turkey and the countries from which its international students come, as students from 203 different countries study in Turkey.

The project provides free “Foreign Trade Specialization Training” to Turkish undergraduate, graduate and doctoral students as well as recently graduated foreign students. Students who successfully complete the program will receive a certificate approved by the Continuing Education Center of the relevant city institutions.

The event was held on Saturday at MÜSIAD headquarters in Istanbul in the presence of Mustafa Gültepe, President of the Turkish Exporters Assembly (TIM), Deputy Minister of Commerce Rıza Tuna Turagay and Alim Bayel, Consul General of Kazakhstan to Istanbul.

For its part. Köksal Toptan, former Speaker of the Turkish Grand National Assembly (TBMM), highlighted the achievements of international students, their contributions and their importance to Turkey.

In this opening speech, MÜSIAD Chairman Mahmut Asmalı welcomed participants from Sakarya, Ankara, Konya, Bursa, Kocaeli and Istanbul to attend the event, emphasizing the importance of the summit and the role young international students in improving exchanges between countries.

Elaborating on the project, Akbal said education and training has been provided in seven different cities over the past six years to help international students improve their skills and environment, which in turn increases their contribution to the Turkish foreign trade.

The objective of the project is to bring together qualified human resources who master foreign languages ​​and who have an effective network abroad. This network will then bring the products and services offered in Turkey, which has a very strong infrastructure in terms of production and services, to international markets.

The main agenda of the summit was to highlight the difference between refugees and international students while emphasizing the vital role that these students have assumed in the development of the country’s foreign trade.

At the summit, students who successfully completed the project this year and last year were awarded the title of “Young Business Ambassador”.

The graduates also shared their MÜSIAD success stories and thanked the organization for its efforts. Expressing their warm gratitude to Türkiye not only for hosting them but also for taking care of their future, they added, “Thank God we are in Türkiye.”