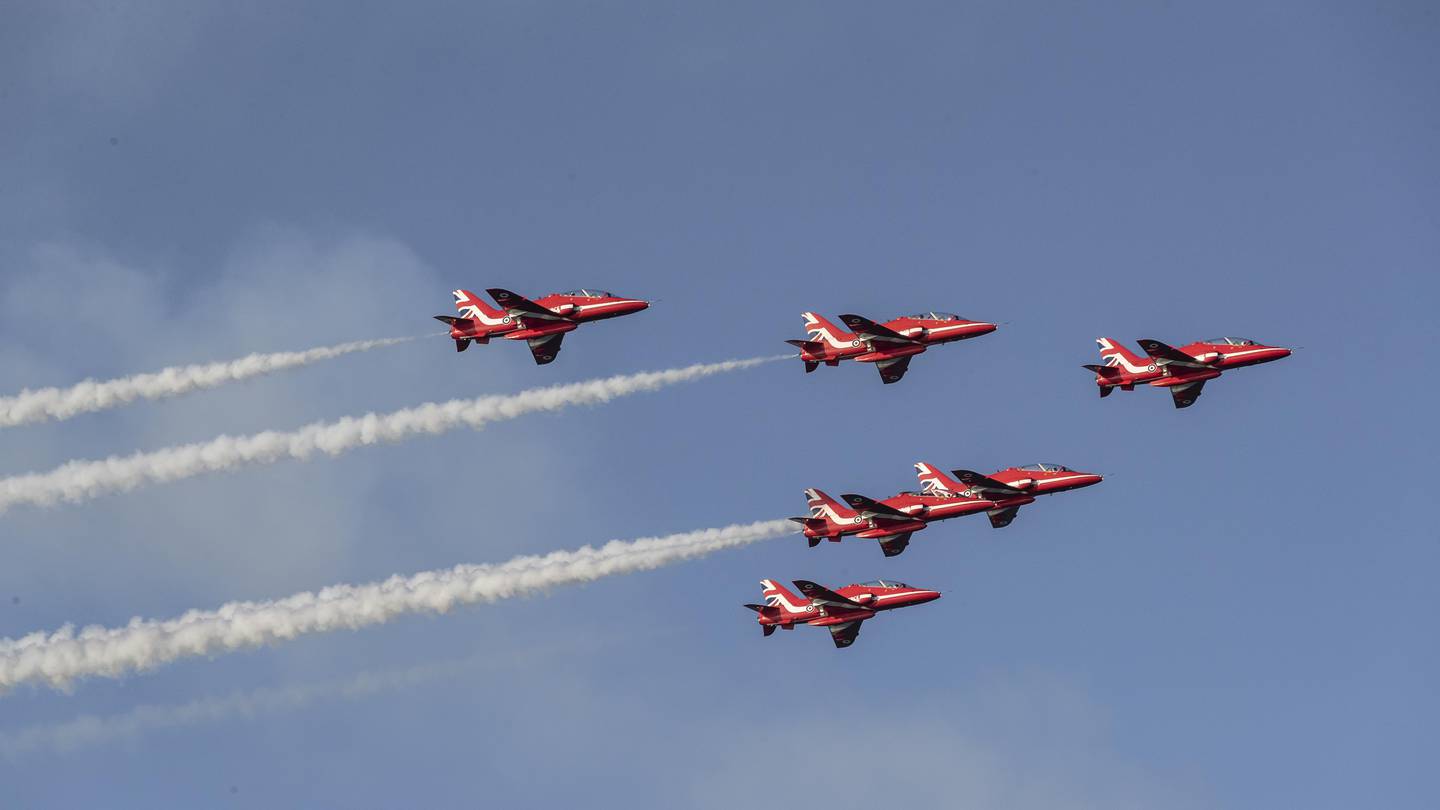 The skies above Abu Dhabi were painted red, white and blue on Tuesday afternoon as the famous Red Spiers roared overhead.

Spectators were treated to a spectacular display of aerobatics with the six planes performing a series of maneuvers with formidable names such as The Detonator, The Python, Blowback and The Crossbow.

Wing Commander David Montenegro spoke with The National why the illustrious team of elite pilots were in the capital of the United Arab Emirates.

“We are here today to strengthen and celebrate the special relationship between the UAE and the UK,” he said.

“This is part of a larger GCC tour and over the next five weeks we will be doing overflights in different countries in the region.”

Although the demonstration was a success, it was not without difficulties, as explained by Wg Cdr Montenegro.

“The hotel is about 450 feet away which is impressive but as the focal point of an in-flight display it is huge making it a very unique task,” he said. declared.

“All the maneuvers you saw today took about four to five months to perfect. They’ve each been practiced about 50 times at least.

Red Arrows pilots are no strangers to the United Arab Emirates, having completed an acclaimed flyby over Expo 2020 Dubai just last year.

The group’s familiarity with the United Arab Emirates was not lost on Wg Cdr Montenegro.

“We are used to the Dubai Airshow, as we have been there several times,” he said.

“It’s very common for us to be here and in a way it feels like coming home because we’re so used to the sky here.

“We always get such a warm welcome here.”

Abu Dhabi is not their only stopover in the UAE. On Monday afternoon, the Red Arrows hosted a STEM – science, technology, engineering and maths – workshop for students at Heriot-Watt University in Dubai.

“Inspiring young people to learn more about STEM subjects and what teamwork can achieve is one of the main aims of the Red Arrows,” said Royal Air Force Aerobatic Team Leader Tom Bould. Team.

“This fantastic session in Dubai was a great way to showcase STEM in action, highlighting how these topics are used throughout Red Arrows work and using aviation to encourage more people to discover their future careers. “

It has also been confirmed that an Emirates A380 will fly over with the team in Dubai on Thursday.