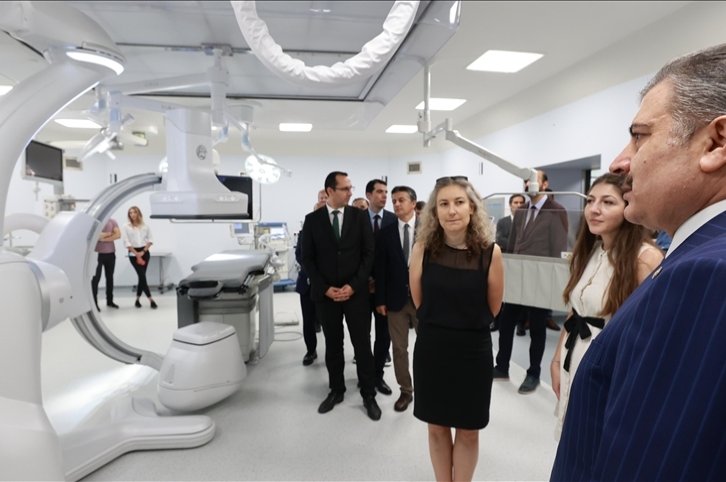 On Wednesday, Türkiye will inaugurate its 20th municipal hospital, a huge healthcare complex serving a large population, in the capital Ankara. Etlik City Hospital will be the largest in the country by area and will house a hotel, university, helipads and retail space.

President Recep Tayyip Erdoğan, who has long championed the city’s hospitals as a public-private partnership, is expected to attend the opening ceremony.

Since 2017, when the city’s first hospital was opened in the central province of Yozgat, 18 more have been opened across Turkey.

The city’s hospitals, a stark contrast to the dank and dark hospitals of Türkiye’s crumbling health system in the 1990s and early 2000s, reflect government health care reforms for quality service to patients in public hospitals. More spacious than ordinary public hospitals, which have also been reformed in terms of service and infrastructure, city hospitals aim to allocate a room to each patient, unlike the overcrowded wards of the past. Most of the rooms resemble hotel rooms with enough space and amenities for people accompanying patients.

The Ministry of Health plans to open 14 more municipal hospitals in the near future, bringing their number to 33 and adding another 19,000 beds to the capacity of Turkish hospitals.

Etlik City Hospital, named after the neighborhood where it is located in Ankara’s crowded Keçiören district, will have around 4,000 beds and will be the second city hospital serving the capital. It covers an area of ​​more than 1 million square meters. Ankara is already home to Europe’s largest hospital, Ankara City Hospital, which was opened in 2019 and has a capacity of 3,732 beds.