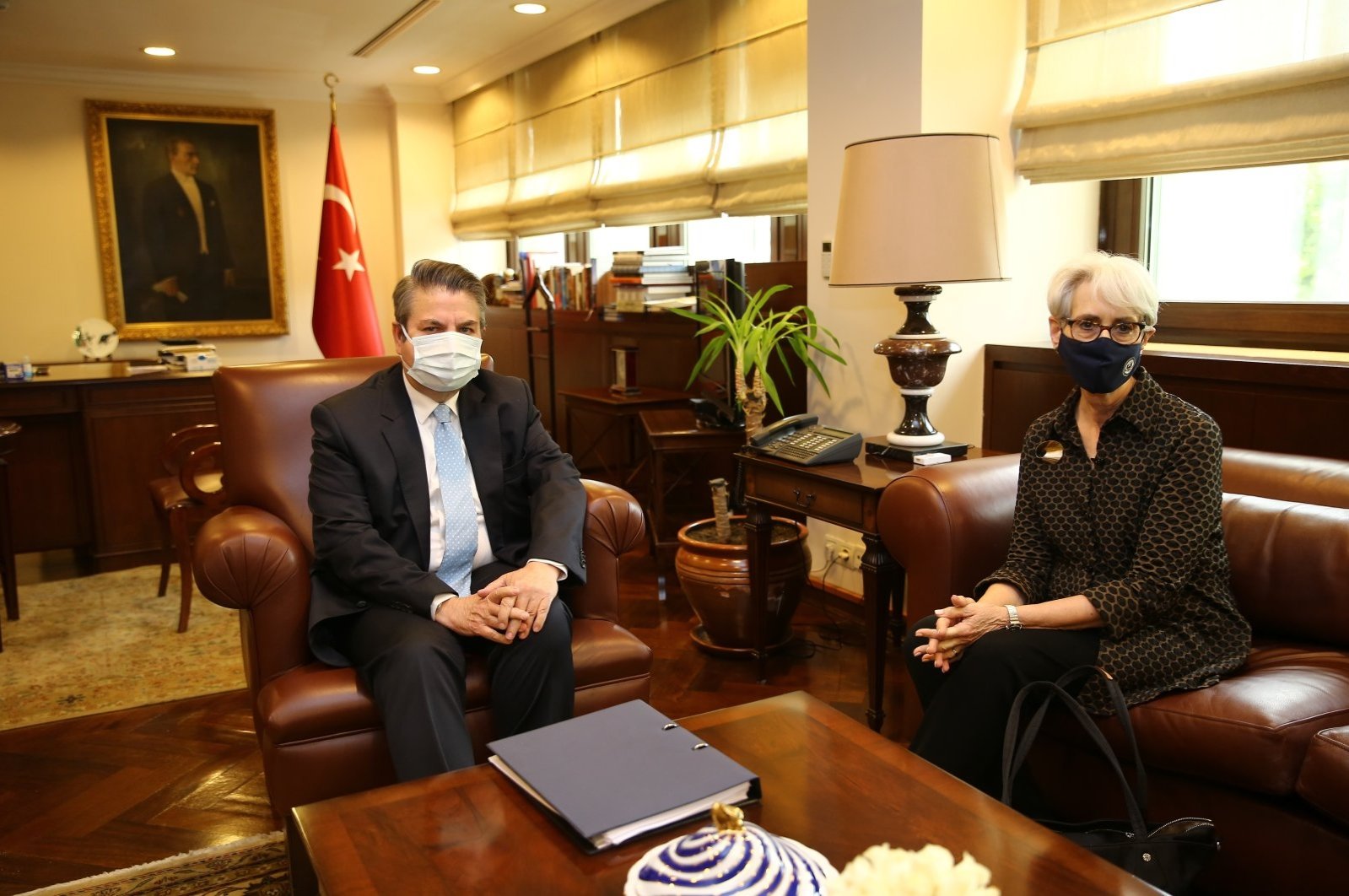 Turkish and US officials are expected to meet on Thursday as part of the strategic mechanism set up to further strengthen relations in Washington, the Turkish Foreign Ministry said.

Turkish Deputy Foreign Minister Sedat Önal will meet with his American counterpart Wendy Sherman, and Victoria Nuland, US Undersecretary of State for Political Affairs, as part of the Turkey-US Strategic Mechanism, a statement said. of the ministry.

Bilateral relations as well as regional issues and international developments will be discussed during the consultations, the statement added.

On October 31, 2021, President Recep Tayyip Erdoğan and his American counterpart Joe Biden met in Rome and agreed to establish a strategic mechanism that promotes high-level dialogue and addresses issues on which Turkey and the United States don’t fully agree, as well as questions they’re working on.

During Nuland’s April 4 visit to Ankara, the Turkey-US Strategic Mechanism was launched.

On May 18, Foreign Minister Mevlüt Çavuşoğlu and his American counterpart Antony Blinken met in New York for the first meeting of the Turkey-US Strategic Mechanism “to reaffirm their strong cooperation as partners and allies of the NATO,” according to a joint Turkish statement. and U.S

Relations between Turkey and the United States have been tense in recent years due to the latter’s cooperation with the PYD-YPG/PKK terrorist organization in Syria, its position towards the Gülenist terrorist group (FETÖ), disagreements over Turkey’s purchase of the Russian S-400 air defense system and Washington’s sanctions against Turkey.

The sale of US weapons to Türkiye became controversial after Ankara acquired Russian-made S-400 missile defense systems. The deal triggered US sanctions as well as Türkiye’s withdrawal from the F-35 fighter jet program.

Türkiye has long criticized US support for the YPG terror group. While the US claims to be fighting Daesh terrorists with the help of its YPG allies, Türkiye says using one terrorist group to fight another makes no sense.

The PKK is a designated terrorist organization in the United States, Turkey and the European Union, and Washington’s support for its Syrian affiliate has strained bilateral relations with Ankara. The United States has mainly partnered with the YPG in northeastern Syria in its fight against the terrorist group Daesh. On the other hand, Türkiye strongly opposed the presence of the YPG in northern Syria. Ankara has long opposed US support for the YPG, a group that poses a threat to Turkey and terrorizes the local population, destroying their homes and forcing them to flee.

Under the pretext of fighting Daesh, the United States provided military training and supplied military support trucks to the YPG, despite the security concerns of its NATO ally. Stressing that you cannot support one terrorist group to defeat another, Turkey has carried out its own counter-terrorism operations, during which it has managed to eliminate a significant number of terrorists from the region.