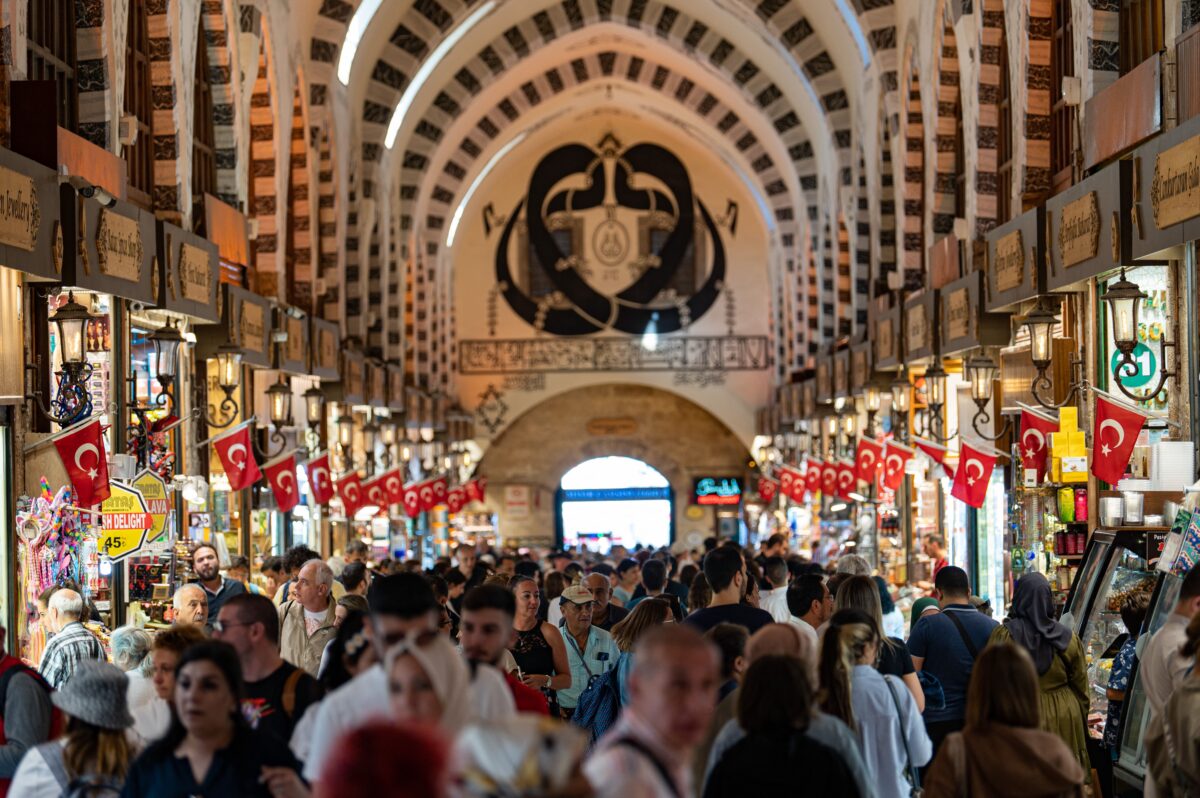 ANKARA—Turkey has not been immune to soaring energy costs, driven by pandemic-induced supply disruptions and the effects of the Russian-Ukrainian conflict. The government recently raised domestic energy prices for the fourth time this year, which is expected to exacerbate the country’s already rising inflation rate.

But the situation is not as dire as the one currently seen in Europe, which faces the specter of crippling energy shortages following Russia’s recent shutdown of its Nord Stream gas pipeline.

“Turkey is certainly grappling with soaring energy prices,” Mehmet Ogutcu, director of the London Energy Club, a UK-based think tank devoted to energy issues, told The Epoch Times. “But Europe is facing a critical lack of supply and is expected to face a very difficult winter.”

On September 1, the Turkish authorities increased the prices of natural gas and electricity by 20% for households and 50% for industrial uses. The announcement follows similar price increases in January, April and June this year.

Ogutcu attributed the move to the steady rise in international natural gas prices, which have increased tenfold over the past year and are expected to rise further amid continued supply disruptions.

“Turkey imports 98% of its gas,” he said. “This means that any fluctuation in world prices is instantly felt in Turkey as well.”

As is the case in most other countries, the latest round of price increases should have an immediate inflationary effect.

“Major sectors of the economy – transport, manufacturing, services and power generation – will all be affected,” Ogutcu said. “This will serve to drive up prices across the board.”

Turkey is already grappling with soaring prices for most commodities. In August, the official inflation rate exceeded 80%, the highest in more than two decades. Many independent analysts believe that the actual inflation rate is much higher.

Inflationary pressures have been fueled by an ongoing currency crisis, which has seen the value of the Turkish lira decline against the US dollar by almost 60% since the start of 2021. Meanwhile, the central bank’s continued efforts to support the pound have steadily eroded. its foreign exchange reserves.

Yet even with the latest price increases, Turkish consumers are still paying far less than the international energy tariff. Last year, the government spent a colossal $100 billion on energy subsidies, which covered about 80% of the country’s overall gas bill.

Turkey’s Energy Ministry recently warned that this figure could double in 2022.

“It’s a huge drain on the economy,” said Ogutcu, a former adviser to Turkey’s prime minister. “But removing subsidies would lead to a sevenfold increase in gas prices for households.”

With presidential elections scheduled for next year, he added, such a move would amount to “political suicide” for incumbent President Recep Tayyip Erdogan and his ruling Justice and Development party.

“The government cannot afford, for political reasons, to pass on world prices to domestic consumers,” Ogutcu said. “At the same time, there is a lack of resources to fund these huge grants.”

“Reap what he sowed”

On September 2, the group of G7 countries (the United States, United Kingdom, Canada, Germany, France, Italy and Japan) agreed to set limits on how much they would pay for Russian crude oil.

Following the pipeline shutdown, Ogutcu said, Europe “will have a very tough winter this year and another tough year in 2023.” But Turkey, he added, would be relatively unaffected, thanks to its more diverse range of energy sources.

In addition to importing natural gas from Russia, Iran and Azerbaijan through pipelines, Turkey buys liquefied natural gas from sellers in Norway, Qatar, Nigeria, Algeria and the United States.

Moreover, unlike European capitals, which have taken a hard line towards Russia over the Ukrainian conflict, Ankara has tried to maintain good relations with Moscow.

While NATO member Turkey condemned Russia’s ‘special military operation’ when it began in February, it has also refrained from backing Western-led sanctions against its towering neighbor North.

“Turkish policy towards Russia and Ukraine has been a skillful balancing act,” said Ogutcu, which allowed him to mediate between the two warring sides. In July, Ankara helped broker a historic deal between Russia and Ukraine that allowed the latter to resume grain shipments through the Black Sea.

On August 5, Erdogan met with Russian President Vladimir Putin in the Russian city of Sochi, where the two leaders agreed to intensify bilateral cooperation in the areas of trade and energy.

Erdogan also said his country was willing to pay for Russian gas, which accounts for nearly half of Turkey’s total gas imports, in rubles.

While the meeting stoked fears in the West over Turkey’s “deep ties” with Moscow, Ankara’s nuanced approach to the conflict now appears to be paying off – a fact Erdogan seems keen to capitalize on.

On September 6, the Turkish President said that as Europe braced for difficulties this winter, Turkey would have enough energy to meet its domestic needs.

Referring to the series of sanctions imposed by the West against various aspects of the Russian economy, he said: “Europe reaps what it sows.”