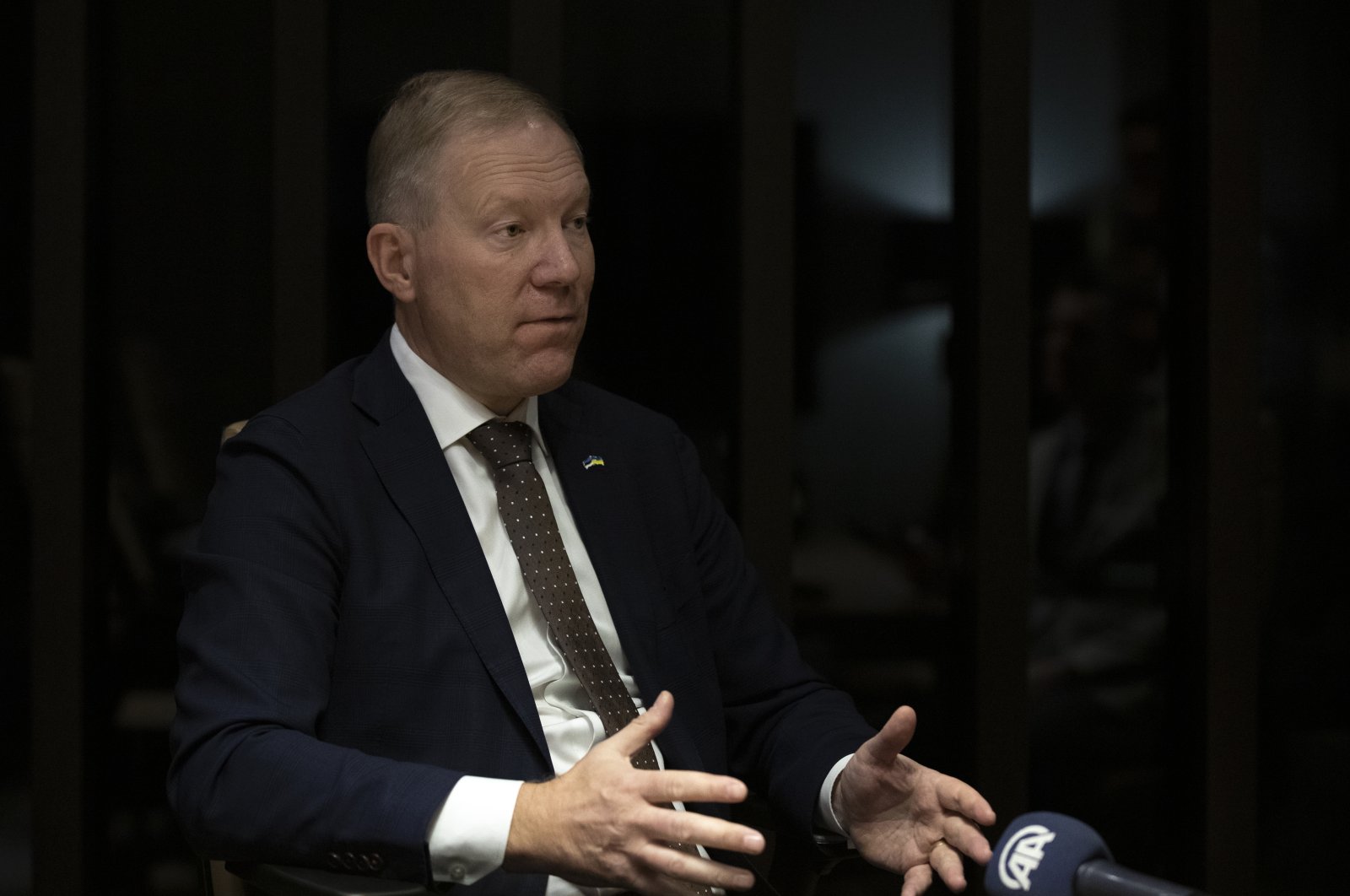 Turkey can play a key diplomatic role in preventing Russia’s use of nuclear weapons in the war in Ukraine, Marko Mihkelson, chairman of the Estonian parliament’s foreign affairs committee, said on Monday.

“Türkiye and President Recep Tayyip Erdoğan have made important diplomatic moves in bringing the recently warring parties to the negotiating table. Also on nuclear weapons, Erdoğan may have effective words to say to (Russian President Vladimir) Putin,” he said. he told Anadolu Agency (AA) about the recently growing possibility of using nuclear weapons in war.

Mihkelson, who was in Turkey on an official visit, said Estonia and Turkey are members of NATO and have similar outlooks that prioritize peace.

He pointed out that the two countries face security challenges resulting from the conflict environment in their neighboring countries.

“We are two allied countries seeking solutions to similar challenges,” he said.

Stating that Russia should turn to diplomatic channels, Mihkelson said President Erdoğan can play an important role in preventing such a crisis.

Noting that Turkey has achieved significant mediation successes on issues such as the grain crisis and prisoner exchange in recent times, he said: “Turkey and President Recep Tayyip Erdoğan have made important diplomatic steps by bringing recently warring parties to the negotiating table. weapons too, Erdoğan may have effective words to say to Putin.”

Noting that NATO is an alliance that is in harmony and only defends its own territory, Mihkelson used the following expressions: “If Estonia is targeted, Turkey is targeted, if Turkey is targeted, Estonia is also threatened. One of Putin’s goals is to cause division in the NATO alliance. I believe that the idea of ​​”all for one, one for all” is very powerful and has been preserved among NATO allies for over 70 years. Russia must understand that NATO does not intend to destroy Russia. NATO is a structure that only defends its own territory.

More recently, Turkey has allowed an exchange of prisoners between countries at war. In addition, Turkish mediation proved vital in facilitating the signing of an agreement between Turkey, the United Nations, Russia and Ukraine in Istanbul to reopen some Ukrainian ports in order to release grain that had been blocked for months in due to the ongoing Russian-Ukrainian war – a development that has been crucial in responding to a growing global food crisis.

Turkey is one of the most active countries in ensuring a permanent ceasefire between Ukraine and Russia. His delicately balanced act of assuming a mediating role by keeping open the channels of communication with the two warring parties offers a beacon of hope in diplomatic efforts to find a solution and achieve peace in the Ukraine crisis.

With its unique position of maintaining friendly relations with Russia and Ukraine, Turkey has received widespread praise for its efforts to end the war.

Since the start of the conflict, Ankara has offered to mediate between the two sides and host peace talks, stressing its support for Ukraine’s territorial integrity and sovereignty. While Ankara has opposed international sanctions aimed at isolating Moscow, it has also closed its straits to prevent some Russian ships from crossing them.

In a breakthrough, Russian and Ukrainian delegations met for peace talks in Istanbul on March 29 as the war entered its second month, with casualties mounting on both sides. Turkey also hosted the foreign ministers of Russia and Ukraine in Antalya in March.

Erdoğan recently said that the Istanbul grain deal and the prisoner swap between Russia and Ukraine were diplomatic successes for Turkey despite all the difficulties.

Turkey, the UN, Russia and Ukraine signed an agreement in Istanbul on July 22 to resume grain exports from three Ukrainian Black Sea ports, halted after the start of the Russian-Ukrainian war in February.

A Joint Coordination Center (JCC) with officials from the three countries and the UN has been set up in Istanbul to oversee the shipments.

Erdoğan said that since the first ship left Ukraine under the deal on August 1, more than 6 million tons of agricultural products have left the ports.

“Continued grain shipments in the coming period will be in the interests of the Ukrainian people, all of Europe and the world,” Erdoğan said.

The president also stressed that Russian fertilizers should be supplied to countries in need via Turkey.