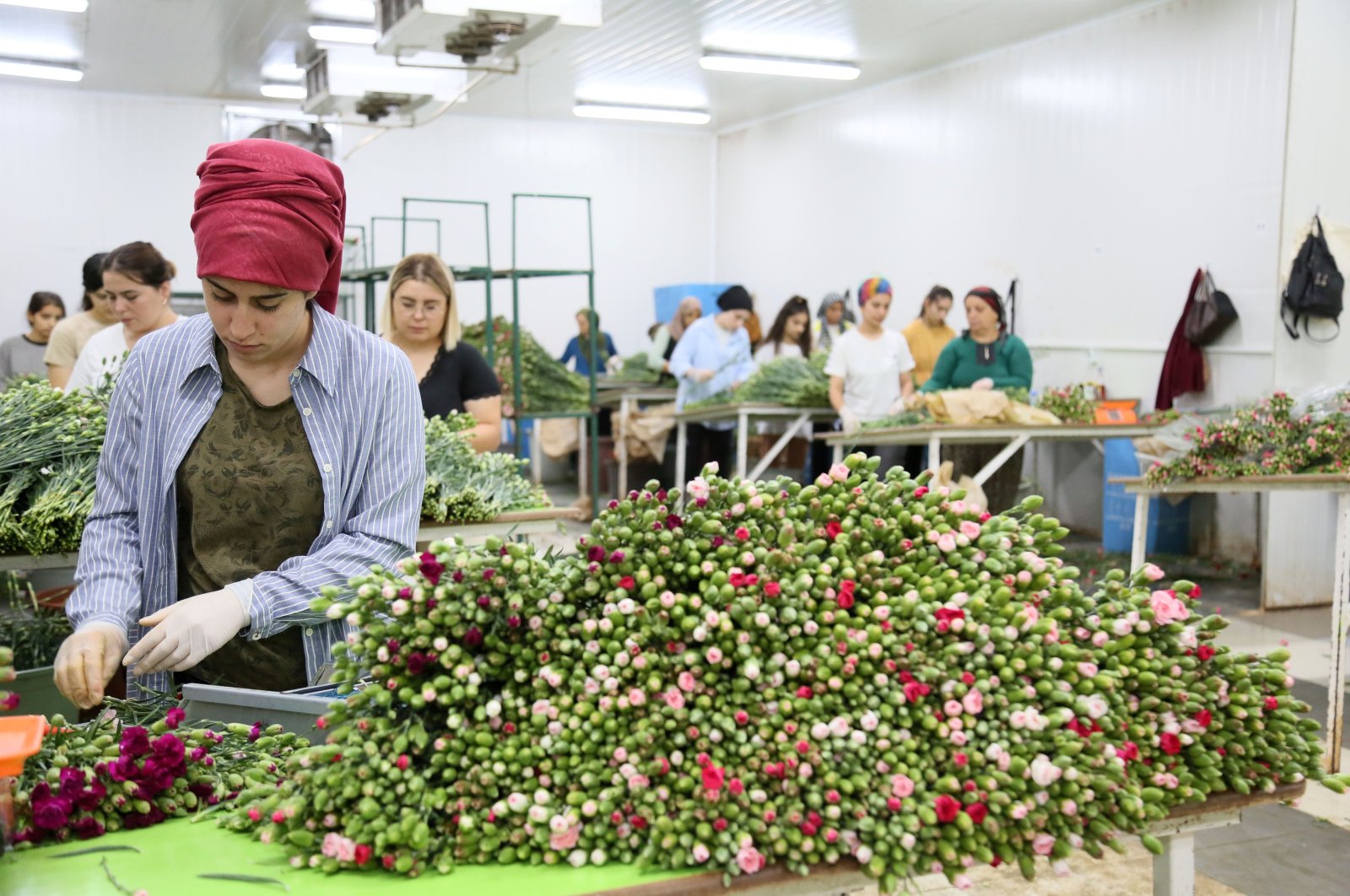 Turkey’s top growers have turned to airfreight to be able to quickly meet soaring demand for their carnations which will be used during the mourning period and the funeral of Britain’s Queen Elizabeth II.

Britain’s longest-reigning monarch and a dominant presence on the world stage for 70 years, Elizabeth died peacefully on Thursday afternoon after her health deteriorated. His funeral will take place on September 19 and his body will be on display for four days before that.

Demand for carnations to be used during the mourning period and the state funeral of the 96-year-old Queen has skyrocketed to 90%, according to growers in Turkey’s southern provinces of Antalya and southwestern Turkey. Isparta.

They say shipments of at least 1.5 million flowers have begun and companies have been forced to switch to air freight, instead of traditional land freighters, to meet orders which have led to increased daily working hours and companies to hire additional workers.

Queen Elizabeth’s coffin began a six-hour journey from her summer home in the Scottish Highlands to Edinburgh on Sunday as thousands lined the route to pay their respects to the late monarch.

The coffin will then be flown to London on Tuesday where it will remain at Buckingham Palace before being taken to Westminster Hall to rest until the funeral service at Westminster Abbey at 10:00 GMT on September 19.

Selçuk Çelebi, a member of the Antalya Commodity Exchange Board (ATB) and the Professional Committee for Cut Flowers and Ornamental Plants, said additional orders started pouring in right after news of the queen’s death was announced.

“The national mourning and funeral program in the country is expected to last 10 days,” he said, pointing out that it coincided with a period of declining cut flower production in Antalya and Isparta.

“Due to the funeral, we have moved our products, which we will have shipped by truck, to air shipments. While it takes seven to eight days with the truck, they have it in their hands the next day with the plane,” he said.

Highlighting an increase in orders of almost 90%, Çelebi said they were trying to meet around 50% of that due to the production shortfall.

“Apart from the 10-day program, we expect this mobility to continue for about a month.”

Rabia Yıldırım, an agricultural engineer at a flower company, said they needed to increase daily shifts from the usual eight hours and add fresh labor to meet the intensity.

Growers would normally have shipped between 600,000 and 700,000 flowers to Britain during this period, according to the president of the Association of Exporters of Plants and Ornamental Products of Central Anatolia, Ismail Yılmaz.

“With the death of Queen Elizabeth, we estimate that number will rise to at least 1.5 million during the funeral period,” Yılmaz said.

“There is a big increase in requests from the UK. Currently, we have clove-focused production in the highlands. We expect this activity to continue for a period of time even after the funeral and bereavement program.