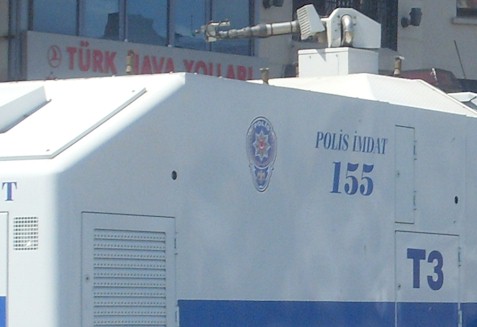 ANKARA — Turkish police have found the bodies of five Afghan nationals who were stabbed to death in a house in the capital Ankara, local media reported on Friday.

The bodies of the five men were found on Thursday evening in the Onder neighborhood of Ankara’s low-income Altindag district, which is home to many Syrian and Afghan migrants, the Hurriyet Daily News reported.

Ankara’s prosecutor’s office said one of the bodies was found in a cupboard handcuffed from behind, while the other four were found in the living room.

An investigation has been opened into the incident, Ankara’s governor’s office said on Twitter.

Negative public perceptions of refugees have increased dramatically as the country is rocked by economic turmoil.

Last year, hundreds of people took to the streets of the Altindag district in response to the fatal attack on a Turkish teenager. The mob threw stones at the homes of Syrian refugees and ransacked some of their shops.

The UN refugee agency is “deeply distressed” by the discovery of nearly 100 naked men on the Greece-Turkey border. Greek police say they rescued the 92 men who were discovered naked, [Read More]

At least 226 illegal migrants and three organizers were arrested in the western Turkish town of Canakkale as they tried to illegally cross the Aegean sea border, the Haberturk daily reported on Tuesday. A [Read More]