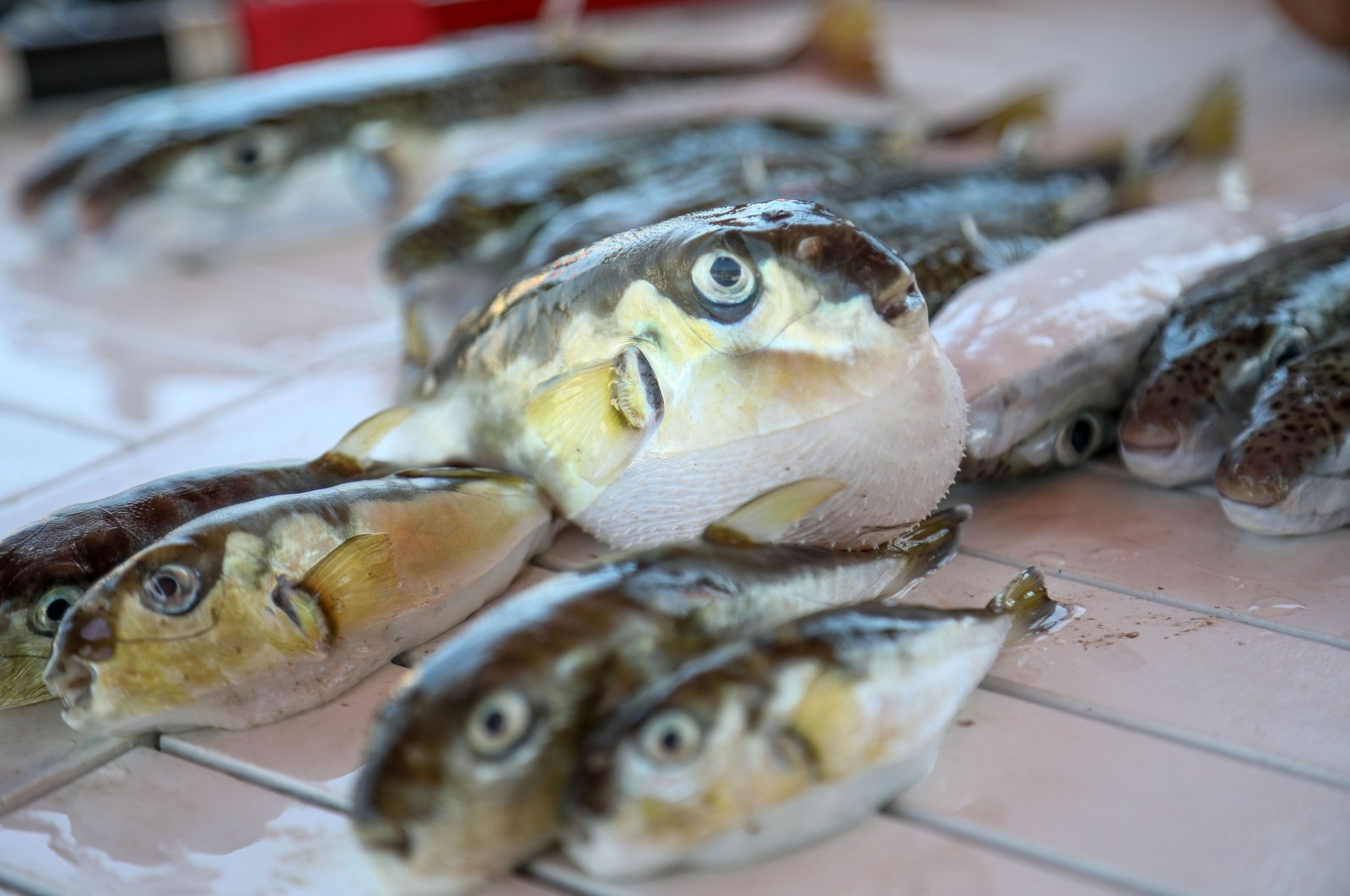 Turkish fishermen have earned more than 164,000 TL ($8,980) since the start of the year by catching the invasive pufferfish and pufferfish that threaten the country’s waters, especially in the Mediterranean and Aegean Seas .

Fishermen have been paid for catching more than 16,024 invasive species, most from southwest Antalya, under a program run by the Ministry of Agriculture and the local agriculture directorate.

In its fight against invasive species that threaten the ecosystem, fisheries and human health in the Mediterranean and Aegean Seas, the Ministry of Agriculture continues to receive massive support from the local fishing community.

By hunting these dangerous fish, in accordance with the criteria determined by the ministry, they play an important role in maintaining Turkey’s biodiversity and human security.

They also wage war on poisonous puffer fish. This invasive species contains a deadly marine toxin, tetrodotoxin, which is said to be more potent than cyanide.

The Provincial Directorate of Agriculture buys these poisonous puffer fish from 14 designated places in Antalya.

Purchases are made in the form of a tail or a fish as a whole. Fishermen are paid 12.5 TL for the species Lagocephalus sceleratus and 5 TL each for the other 7 small species.

Deputy Director of Antalya Agriculture and Forestry Directorate Asım Karabulut said there is a quota of 1.2 million puffer fish this year and so far 16,000 have been captured.

“The process will continue until December 31. The ban on fishing during the summer period is due to the fact that the fish go deeper due to the increase in air temperature. We believe that the number of taken will increase in the coming months,” he said.

He noted that fishermen with licensed vessels benefit from the purchase. However, amateur fishermen are prohibited from bringing their catch ashore.

Karabulut said that invasive species suppress the reproduction of other local species in its environment.

He dismissed the idea that pufferfish toxin would be used by the pharmaceutical industry.

“The tetrodotoxin in puffer fish is considered very dangerous. There have been rumors that it could be used in the pharmaceutical industry, but we have not seen any interest from them. So we are destroying the puffer fish or its tail. It is not possible to use it in any sub-industry or other industrial sector,” he said.

Karabulut added that there was a decrease in the number of puffer fish compared to the last two years.