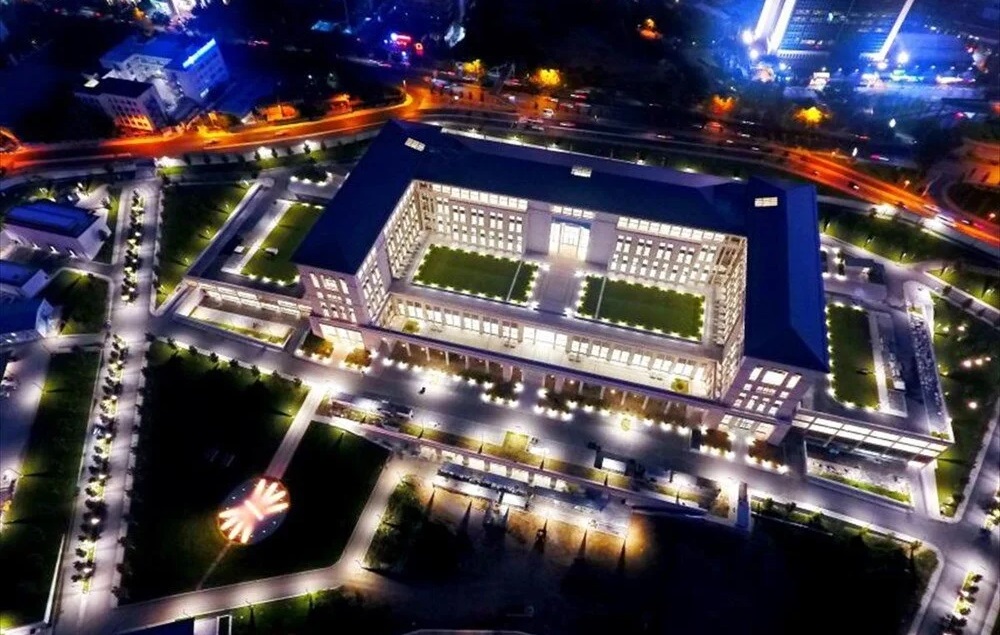 Earlier this week, a meeting was held in Ankara between the heads of the American and Russian intelligence services. Neither side released details of the meeting, and most international media did not even cover it. According to some experts, the terrorist attack in the center of Istanbul overshadowed this meeting. Conspiracy theorists believe, however, that the tragic event that occurred the day before the meeting was not accidental.

In the new international reality created after Russia’s attack on Ukraine, many states have taken sides, but some have not. Perhaps the most important of these is Turkey.

Russian companies expelled from Europe by harsh international sanctions have moved to Turkey. The Russians, deprived of European cruises, have chosen the Turkish Mediterranean seaside resorts for their holidays. Putin offered Erdogan a natural gas hub near Istanbul for export to Western countries. And the most important detail is that Turkey assumed the role of intermediary between Russia and Ukraine.

Through this unique diplomatic channel, two of the world’s largest grain producers – Ukraine and Russia – met in Istanbul for negotiations on food exports, which played a huge role in averting famine in the countries of the “global south”.

The Ukrainian fighters of the Azov battalion, captured in Mariupol, were again released thanks to the mediation of Turkey and are currently living there without the right to return to their homeland until the end of the war. Thanks to Erdogan’s efforts, they were exchanged for captured Russian soldiers.

The first large-scale meeting between Russia and Ukraine after the start of the war took place in Antalya in March, and the foreign ministers of the two countries, Kuleba and Lavrov, held talks.

And now, with almost all diplomatic channels between them broken down, Ankara has become the center of a vital encounter.

What was discussed in Ankara?

According to reports received after the meeting, the main topic of these talks was to eliminate the threat of nuclear conflict.

Kremlin spokesman Dmitry Peskov, answering a question from journalists about this meeting, said nothing definitive, noting only that the talks were held at the initiative of the United States. According to information from Washington, during a conversation with Naryshkin, Burns not only raised the issue of nuclear weapons, but also tried to secure the release of Americans imprisoned in Russia.

Also according to US sources, during the negotiations the United States refrained from speaking on behalf of Ukraine and addressing key issues regarding the potential outcome of the war.

In a press release, Fahrettin Altun, press liaison officer for Turkish President Recep Tayyip Erdogan, said the meeting was one of the Turkish leader’s steps towards peace and that Turkey will continue to do so in the future. coming.

A Turkish researcher on Russia and the Central Asian region, Hakan Gunesh, commenting on the meeting, noted that negotiations between the heads of intelligence services are a continuation of traditional diplomacy. According to him, at the moment neither Russia nor the United States have the desire to stop the war. “Russia, which is trying to leave Europe without gas and is sending new forces to the front line with the announcement of the mobilization, will not start peace negotiations without having a significant result before the end of next winter. . And such meetings are only preventive in nature to avert the threat of nuclear war,” Gunesh added.

Former Turkish Ambassador to France, retired diplomat Uluc Ozulker, noted that the meeting place reflects the importance of Turkey. “The fact that during a meeting with journalists in the context of the negotiations on the grain agreement in Istanbul, Russian Foreign Minister Sergey Lavrov spoke nonstop for an hour and a half, suggests that for Russia , isolated from the rest of the world, Turkey is of great importance in explaining its positions,” the diplomat said.

According to Ozulker, President Joe Biden, somewhat buoyed by the US midterm elections, secured meetings with China and Russia within a week, indicating that the White House is very serious about the possibility that the Russia uses nuclear weapons.

One of the main reasons, if not the main one, for the silence of the media on the meeting is the terrorist attack perpetrated the day before in Istanbul, which claimed the lives of six people.

Conspiracy theorists were quick to interpret the event. Among the Turks on social networks there is even an idea that the attack was organized on purpose to divert attention from the meeting.