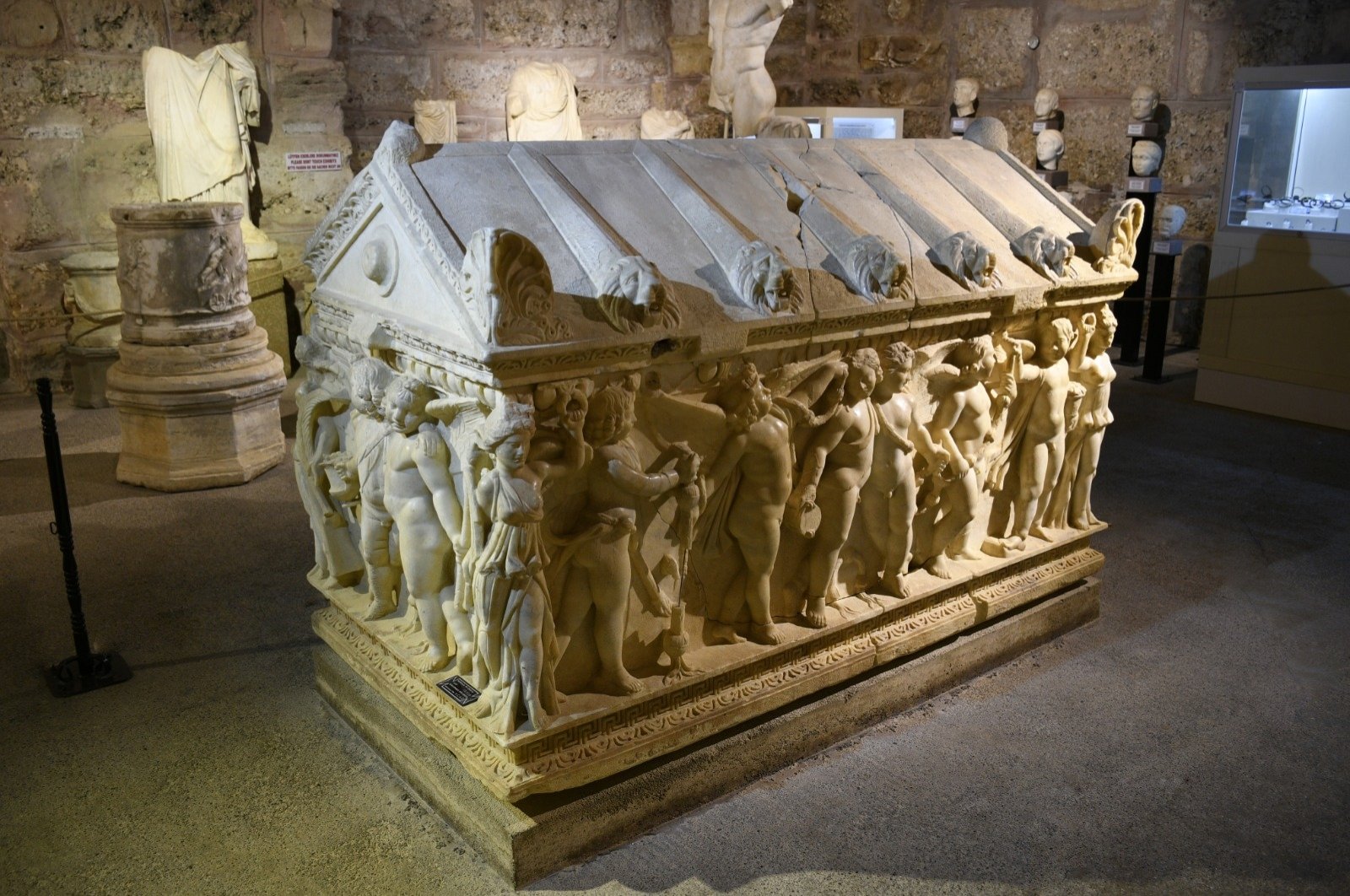 The world-famous sarcophagi (coffins) listed in the inventory of various museums in Türkiye are among the country’s must-see artifacts.

Anatolian geography, where great civilizations have lived in history, is home to ruins from different periods. Anatolia is an open-air museum with ancient cities, places of worship, theaters, towers, castles, palaces, bazaars, monuments and monasteries that have retained their splendor for thousands of years .

Among these unique artifacts that Türkiye possesses and sheds light on the history of world culture and art, the spellbinding sarcophagi also occupy an important place.

These sarcophagi, carved from various metals such as stone and marble to hold the dead, date back to ancient history. They feature relief statues of the dead and decorations. Political and religious narratives are also depicted on the sarcophagi decorated with artistic designs. Therefore, these works of art provide important information about the period in which they were made.

Museums in various cities of Türkiye house world-famous examples of sarcophagi that have been preserved in their original form.

On the lid of the sarcophagus, in white marble, the person believed to be the owner and his wife are shown half-recumbent. There are two representations of Eros at the feet and at the head of these two figures. There is also a depiction of Eros wrestling with animals such as lions, bears and panthers.

Sidamara’s sarcophagus and his head of Eros, separated for over 100 years, were reunited on June 10, 2022. Through cooperation with the British Victoria and Albert Museum, the head of Eros has been relocated to where it belongs .

The marble sarcophagus is of great importance because the painted scenes are very well preserved there. The sarcophagus is believed to have been built for an Anatolian dynasty that ruled around 2,500 years ago.

The long front side of the work, considered one of the few examples that best illustrates the understanding of art in Anatolia after the arrival of the Persians, is divided in two by a tree figure in the middle. On the right, a wild boar hunting scene is engraved. The mounted figure hunts a boar with his spear, while hunting dogs are also included in combat. On the left side is a deer hunting scene.

The Alexander Sarcophagus, whose color palette contains a very good chemical composition and is composed of time-resistant purple, red, yellow, blue, scarlet brown and magenta, is among the important sarcophagi in terms of construction technique and artistic quality.

On the sarcophagus, said to have been produced in the Greek style of the classical period, depictions of mourning women are placed. On the cover of the book, on the other hand, a funeral ceremony specific to Persian culture is described. According to some opinions, the sarcophagus belongs to Strato, King of Sidon (374-358 BC), who is said to have loved pleasure and entertainment.

In the depictions on the front of the sarcophagus, in reference to the Trojan War in Homer’s “Iliad”, Achilles drags Hector’s corpse across the floor for days, in pain and anger at the murder of his close friend Patroclus and of Hector’s father, Priamus. kneels begging to ask for his son’s body.