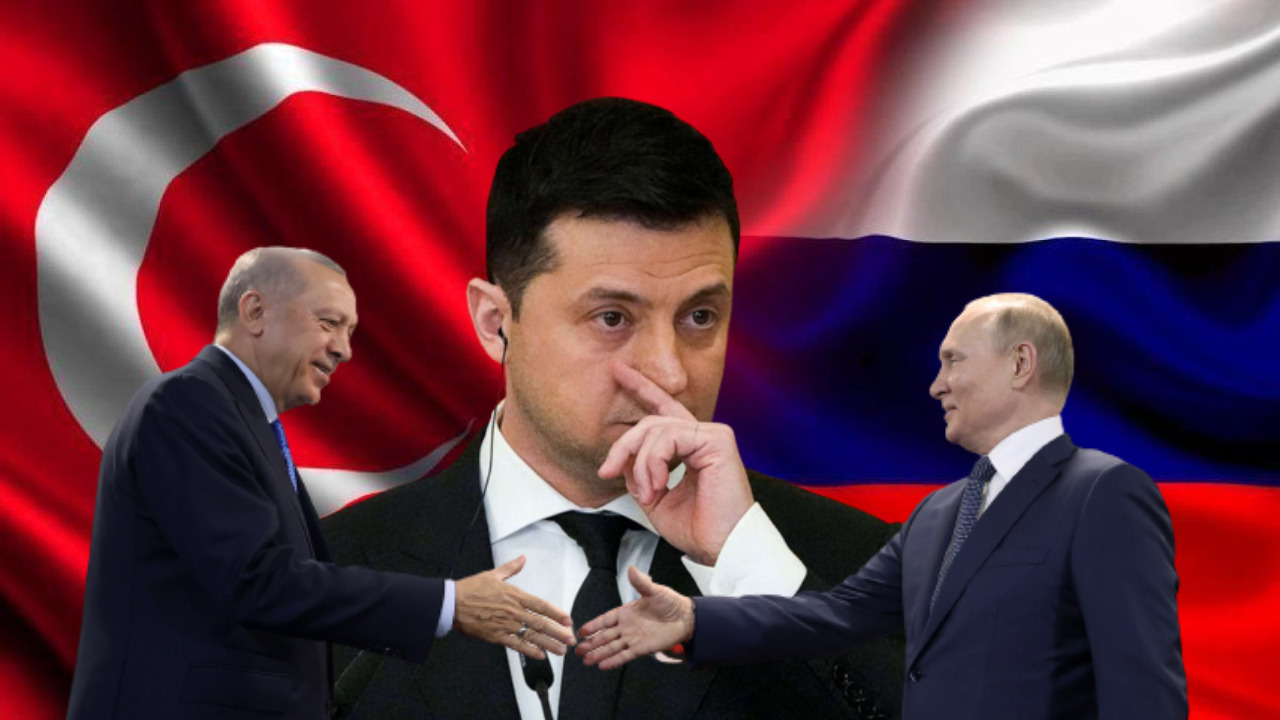 Ukrainian President Zelenskyy is quite famous for his impulsive decisions. His resolve to go to war against mighty Russia was one such decision. Since then, the whole world has watched him act like a fool and make bad choices.

Recently, he made another colossal mistake by asking for restrictions on Turkish companies operating in Russia.

A change of heart

Nevertheless, so far, Erdogan and Zelensky have been involved, especially for the case of the Bayraktar TB2 drones. Erdogan supported Ukraine by supplying it with its famous Bayraktar TB2 drones in its war against Russia. Now that Zelensky is threatening to impose restrictions on Turkish companies operating in Russia, the question is: what caused this shift in the equation between the two nations?

Read more: France and Germany abandon Ukraine and the EU prepares for an official announcement

Without a doubt, Erdogan, the President of Turkey, has been wearing the hat for hypocrisy for too long lately. Ankara’s inconsistent foreign policy has sometimes irritated Moscow. Turkey has not taken an understandable position on the Russian-Ukrainian war. But above all, he was seen as following the Western agenda and, therefore, supporting Ukraine directly or indirectly in the war.

But lately there seems to be a change of heart in Erdogan. He was seen supporting Putin, in various positions. For example, lately, during his visit to the Balkan countries, Erdogan made some pro-Russian statements. He criticized European countries that imposed sanctions on Russia.

To press conference before leaving Ankara, Erdoğan told reporters at a press conference that Turkey had not experienced a problem with the supply of natural gas and therefore would not take the same type of measures as European nations since “the Europe has reaped what it has sown”.

“Of course, Europe’s attitude towards Putin, the imposition of sanctions, inevitably brought Putin to the point of saying ‘If you do this, I will do that’, and Mr. Putin is using all means and all weapons at his disposal,” Erdoğan said.

He added: “Russia is not a country to be underestimated. Russia has now cut off natural gas to Europe and prices have suddenly gone up. Now everyone is asking, ‘How are we going to spend this winter?’ Why didn’t you think of that before?

Read more: As Russia plans to launch its own space station, Biden presses the panic button

Erdoğan also accused European leaders of a lack of foresight, saying: “When everyone attacked Putin, Russia was going to use all the means and all the weapons at its disposal, it was as simple as that.

Another occasion when Erdogan recently adopted a pro-Russian stance was during the opening ceremony of the Sisak Islamic Cultural Center. Vladimir Putin, the President of Russia, was “correct,” he claimed, in that grain from Ukraine “unfortunately” ends up in rich countries rather than poor ones.

In turn, Zelensky, who likely found Erdogan’s role as Putin’s Trojan horse in Europe irritating, made another rash decision to impose restrictions on Turkish companies operating in Russia.

Restrictions against Turkish companies operating in Russia were demanded on the “War and Sanctionswhich is approved by the Ukrainian Ministry of Foreign Affairs. According to the website, which bills itself as “the largest database of sanctions imposed following Russia’s aggression against Ukraine”, it has the support of both the National Agency for the Prevention of Corruption and the Ukrainian Ministry of Foreign Affairs. In addition, it includes lists of organizations and individuals “who are currently subject to sanctions” as well as those “who have previously been subject to sanctions”.

This action comes as no surprise given Zelensky’s impulsive personality. Nevertheless, Erdogan needs Putin’s support more than ever, due to the following two factors:

First, Erdogan needs Putin’s help to get out of this predicament because the Turkish economy is in shambles.

Second, the upcoming 2023 presidential elections. Political analysts believe Erdogan wants to use military action, in Syria ahead of the 2023 elections, to boost his popularity and reduce the growing power of the opposition. Naturally, he needs Putin’s consent to carry out such a military campaign in Syria.

Considering that Erdogan is clearly doing his best to get Putin’s support by all means, it’s not wrong to say that he jumped into Putin’s lap, which freaked Zelensky out.